Of Beast and Beauty

In the beginning was the darkness, and in the darkness was a girl, and in the girl was a secret…
In the domed city of Yuan, the blind Princess Isra, a Smooth Skin, is raised to be a human sacrifice whose death will ensure her city’s vitality. In the desert outside Yuan, Gem, a mutant beast, fights to save his people, the Monstrous, from starvation. Neither dreams that together, they could return balance to both their worlds.
Isra wants to help the city’s Banished people, second-class citizens despised for possessing Monstrous traits. But after she enlists the aid of her prisoner, Gem, who has been captured while trying to steal Yuan’s enchanted roses, she begins to care for him, and to question everything she has been brought up to believe.
As secrets are revealed and Isra’s sight, which vanished during her childhood, returned, Isra will have to choose between duty to her people and the beast she has come to love. 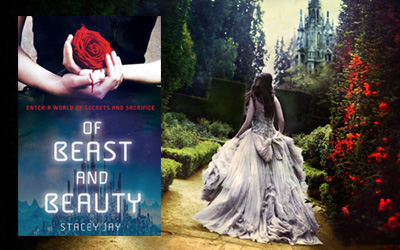 I didn’t know I was into retellings

Well… stop that thought right there, because if I think better about it, I am actually not. As what I liked the most about this book is that it has almost nothing in common with the original story. It feels incredibly fresh, it stands out on its own; Isra is not quite a beauty, Gem is not quite the beast (but only in her world, a distinction that I need to make) and their magical story won me over in a heartbeat. 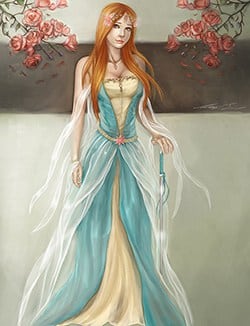 It’s not a secret that I have a crush on historical-fantasy alike stories. Ever since the Lumatere Chronicles my heart roots for this type of stories, sometimes I find something that I like, sometimes the search is in vain, but there are times like this one when I love the characters so much it hurts to say goodbye to them. It’s a beautiful feeling to be this connected to a story, to its characters. It makes me happy to get to the last word, to the last page and to want to go back to the beginning and start reading again.

The thing is, I fell in love with this world – some sort of futuristic-historical-fantasy, as crazy as that sounds. It’s mesmerising: beautiful and horrible at the same time – you know the feeling right?! .. That kind of world you would like to live in, only with the condition that you can change the bad things for the good?

What I said is true.. “Of Beast and Beauty” is a beautiful mix between historical fantasy and a bit of dystopia (if I come to think about it), there are a few SF elements in it too (or at least some hints here and there, as the action takes place in this amazing alien world); there is romance, there is this tiny connection with the original ‘Beauty And The Beast’ story, there is action, there is magic, not to mention this cute battering between the characters and the sweet forbidden romance.

Beauty is wherever you find it, and Beast is there when you need to defend it.

Isra is a strong character.
I was not sure about her physical condition – I couldn’t picture her blind with all the things she knew about (never-mind now, let’s get back and ask ourselves: how did she climb the tower for the first time without breaking her neck? how did she know how to do it, or that it was doable?), not to mention her strong feelings regarding apparent, visual matters. For a blind character she kept describing things vividly, in way too much detail, and she was too focused on appearances.. After all, how much could a (4 years old) little girl know about beauty and monstrosity (as that was the last time she could actually see and know the difference between beauty and ugliness)? And how could those feelings transfer to her through all those years of darkness? You might think the garden visions would do that, but I am still no convinced.

Anyways, her place in the world has been decided a long time ago, she was to be sacrificed for the wealth of the dome, but she still had the will to go on and change the things that were in her power. Trapped under the glass walls, with her heart weighted by grieve, feeling like she was nothing to the people surrounding her, Isra found refugee in the company of her monstrous prisoner. They started to connect over stories and hard work. Soon they became friends, even though she had her secrets and he kept his very well.

His love, his faith in me, his belief that I can be as strong and brave as he is…The way he makes me feel and think and try harder than I’ve ever tried…All of it, all of him, is better than anything else. 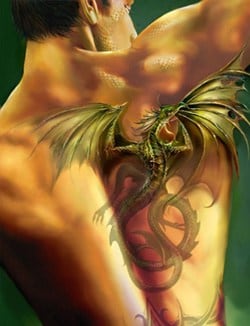 It was great that we had Gem‘s side of the story too, at least every now and then. Being in his mind allowed us to find out more about his own history, his intentions, his quest in saving his people, and also the way he was torn between his duty and his growing feelings. Deep down he was a good guy, too good for a warrior, but goodwill can never save the people you love and he had to make his own sacrifices.

There was this thing though, a question:
why did Isra like Gem in the first place?
For a while I wondered (too) if that was because Isra thought of herself as tainted for a ‘smooth skin’. Maybe she just felt like she didn’t deserve anyone else, so she let her heart open for a monster only. Or maybe the barrier between Isra and the others in the dome made her feel inferior to the others, like she had no other option (though she actually did and I’ll get to that later).

But the thing is, they got to love each other by spending time together – they bonded somehow, they became friends. Without noticing she let her guard down. She was taken by surprise. Isra never thought that she could have anything in common with Gem, but she discovered many surprising things that made her care for him and even love him. Their relationship developed slowly, so we could actually see it happen. We noticed the small changes between them as their chemistry grew and I was holding my breath to see how things would end..
I didn’t know how love would break the curse, but things worked magically well 😉

I will show her that loving her is my greatest truth, and the most beautiful thing I have ever known 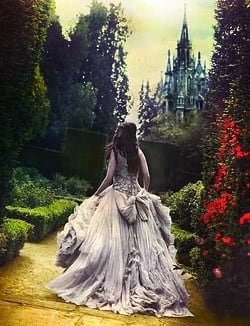 One more thing.. I had mixed feelings when it came to Bo. He lacked a bit of a a backbone, was too easy to manipulate and that gave me this strange feeling. His chapters were contradictory and you could sense his struggle. He didn’t know which side to take – his queen or the other people. He could have made a good king, even a good friend, if only he would have had more personality, more strength and a mind of his own.

I was not familiar with Stacey Jay, this is my first book from her, but I assure you that it won’t be the last one.

Her writing is beautiful, fluid, natural even, and her story is filled with magic and hope. I loved the balance between humour and sadness, I loved the originality of the story – and there’s no irony here.

It sounds strange in my own ears, but even though this is supposed to be a retelling, it is a completely different story: one in which the beast is trapped in beauty’s castle for a change, one in which the breaking of the curse will make for a different kind of ending.

.. to fans of Tangled and Shrek – as it feels like a cute mix between them – and you’ll see why 🙂

And of course, if you want to read another captivating and original retelling (yep, I’ll stick with the word) the Lunar Chronicles might be another terrific choice.

4 responses to “Of Beast and Beauty”