Divided by day and night and on the run from authorities, star-crossed young lovers unearth a sinister conspiracy in this compelling romantic thriller.
Seventeen-year-old Soleil Le Coeur is a Smudge—a night dweller prohibited by law from going out during the day. When she fakes an injury in order to get access to and kidnap her newborn niece—a day dweller, or Ray—she sets in motion a fast-paced adventure that will bring her into conflict with the powerful lawmakers who order her world, and draw her together with the boy she was destined to fall in love with, but who is also a Ray.
Set in a vivid alternate reality and peopled with complex, deeply human characters on both sides of the day-night divide, Plus One is a brilliantly imagined drama of individual liberty and civil rights, and a fast-paced romantic adventure story. 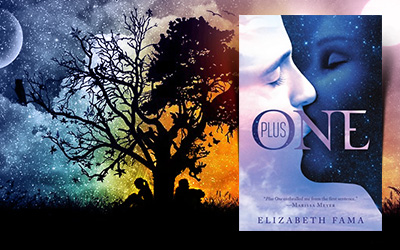 Simply as beautiful as the cover

…Which actually takes my breath away!
Isn’t it refreshing to read something that doesn’t resemble anything (or ‘everything’) you’ve read before? To meet characters that seem new in many ways, but as close to you as your best friends; to witness action that keeps you on the edge of your seat the whole time; to savour sweet moments that melt you into a puddle of ‘awww’?

The first time I saw this cover (btw, you can click on it to see it full size) I fell in love. Madly in love, I knew I had to have this book (and I still need a paperback like breathing). Then the description was so alluring and I loved that it didn’t tell me too much about the story, but enough to make me want to pick it up in a hurry.

And then I finally started reading it (when else if not after midnight, when I could barely keep my eyes open?) and continued on Valentine’s day.. Yes, your first thought is right, I probably should have spent more time with my husband and less time with this story, but I simply couldn’t stop until I reached the final page… and it’s good that the next one was nowhere close to me, as I would have ruined romance forever, reading all day long.

This being said.. did I like this book? Hell yes. I loved it!

The world is intriguing with the Day/Night separation, with a history so different compared to ours (I would call this dystopia, only it is more like present day in some sort of a parallel reality if you wish). At first it didn’t make sense – how in the world and why did they start that kind of division – but then it got explained and I did buy it, it actually made sense the trajectory it took.
On the other side, Sol’s mission was heartwarming and full of adventure. I liked the reasons she had to do all the things she did, her commitment (despite all the pain and the amount of trouble she had to go through) and the way she tried to keep others out of her mess.. when possible. 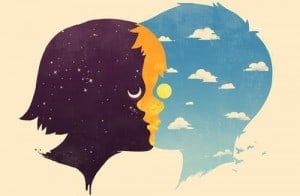 The characters are pretty awesome too, I fell in love with both Sol and D’Arcy.

Sol (Soleil) is fierce and honest (yeah, web of lies included, she actually is when she can help it) and loyal. She would do anything for her grandfather no matter at what costs. She knows when to accept help and when to stand on her own. I loved the ‘past’ scenes (as the story switches back and forth between past and present for a while, giving you this urge to know more from both sides), and I loved they way her life and D’Arcy’s entwined, how they were there one for the other without knowing it.

D’Arcy was also lovely, and his story touched me a bit. I understood everything that he did, I liked to see him come to trust Sol, to want to help her; they were great as individuals and I think that they are even better together.

I bet that many characters in this story will make quite an impression on you, some you might get to like, some not so much. For example Ciel (Sol’s brother).. well he is a difficult character to like. He is selfish, yes he tries to help everyone around – but as long as he is safe. It was funny really to see the world through his eyes (when Sol started to understand his point in all that happened in her life). D’Arcy’s parents are like the yin and yang in his life (you can see that he took many things from both of them and all those qualities or flaws made him preety perfect), and also there are some very crazy characters that I couldn’t read too well, but they definitely knew how to make their presence noticed.

The romance didn’t take the main focus off the story. It was subtle even though (I might admit that, yes) there were tiny little clues everywhere, but it grew slowly and naturally, just the way I like it.

Later Edit: It’s been confirmed that this will be a standalone (yei! I have a thing for books that are not part of a series, probably because they are so rare and precious), so I decided to strikethrough some parts of the original review: 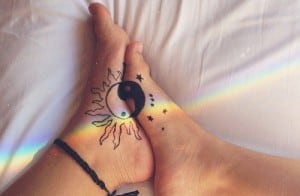 I am usually scared when it comes to dystopian books (even though I eat up this genre for breakfast), as some times I am left confused or mistrusting. But in “Plus One” everything worked fine. The Nomas were a bit strange,

The thing is, this book could stand on its own without problem. As for that… “Plus One” wasn’t about ‘saving the whole world’ and other similar clichés. this book was quite personal and touching.. I liked that. It felt refreshing in that way, as many series start with this idea that the system is wrong and it has to go down. Here it was all about Sol’s story and it can simply grow from this point – .

So yes, this is a new recommendation from me. Keep an eye on it when it comes out in April.

Early review: ARC received for review from the publisher, thank you!

6 responses to “Plus One”