But.. but I love those covers!

You know how much I love art (all different kinds of art), you know how hard I fall in love with some book covers, then imagine my disappointment when they get changed mid-series and I end up having them unpaired on my shelf!

I admit, I am being such a drama queen (it’s part of my charm), but I have to complain a bit about it, I just have to!

Some publishers decide that they need to take a different approach (books didn’t sell well, people prefer other kind of covers OR maybe they had troubles with some copyrighted images), so they change all book covers when the last one comes out. And my series look like this:

Oh, the joyful joy!
I have many feelings, none of them are nice… The truth is I really loved those covers and it really saddens me to have to get a book with a different cover. With Stephanie’s series is not such a big deal as they are companions after all, but when it comes to “Shades of Earth” by Beth Revis I can’t believe they didn’t make a beautiful cover to match the other two (as for me those are some of the most beautiful covers and I love them to pieces). *cries in a corner* I even bought the hardcovers for the beautiful artworks alone (and you know about my feelings when it comes to the covers printed only on the jackets – I hate them, as I need to find ways to protect the piece of paper that ‘protects’ the books, which is just as crazy as it sounds *sigh*)

Of course, Isla is not out yet, so I still hope that they will release a cover that will match my other two (not that they look alike, if I think about it, but still).

Some publishers decide that the first cover does not fit the story well OR for some reason they can’t keep the same style through the series, so they design all covers in a completely different one. Isn’t this a lovely view?

No, please, do not agree with me, I am being sarcastic here.  *double sigh* I must confess that I like the ‘remakes’ (not that I have other covers to compare with, but they fit the story really well). I didn’t like the first cover for Delirium from the very beginning (come to think of it – it’s not that the girls with the flowers do a better job representing the story either, but at least they look nice), as for Ashfall and Legend series even though those first covers are lovely I might like better the simple, clean and meaningful look of the new ones (those hands speak loudly about the relationships between the characters in Mulin’s series, and there are so many little clues on the cover of Champion, I simply love that too). Still, my problem remains the same: together, they don’t look like a series anymore.

This is a personal and very painful decision, when I do not like a cover in a series and I have to replace it with another one:

Because the US cover of “Quintana of Charyn” must be the worst photo-manipulation in the history (this might sound really mean, but I can’t be less critical when it comes to it),  I decided to get the UK/AU edition which looks better (note that the one from above is the Aussie cover and the book itself is absolutely amazing, you should read the Lumatere Chronicles like right now. Finish with my useless rambling and go get this series! ^_^ ). 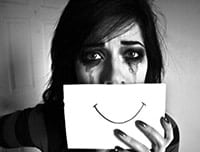 Maybe I am a bit crazy when it comes to this (it sounds a bit ridiculous even to my own ears), but the thing is that I want all the books in a series to match with each other, because for me that’s the definition of “series” in the first place and I think that one should know it simply by looking at the covers. Most of you probably won’t give a damn about my silly complaint, but it bugs me to no end. It also makes me sad, really 🙁

SO… What’s your ‘first-world problem‘ when it comes to reading? Paper-cuts? The books feeling too heavy? The e-reader not smelling/feeling like a real book?… See, your problems sound just as silly 😀

8 responses to “But.. but I love those covers!”