First look at: The Winner’s Kiss

Some covers are.. Unexpected 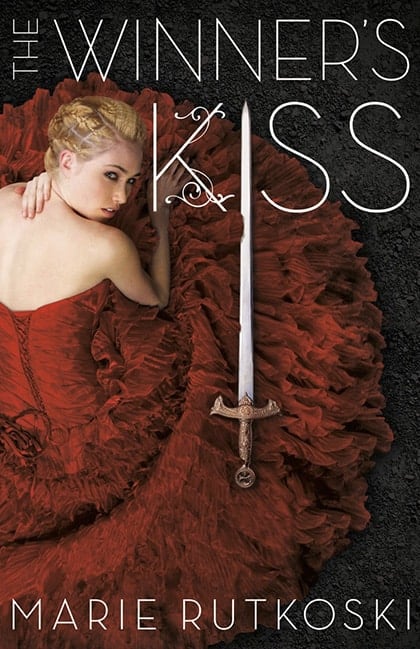 The Winner’s Kiss by Marie Rutkoski
3rd book in the series.

“War has begun. Arin is in the thick of it, with the East as his ally and the empire as his enemy. He’s finally managed to dismiss the memory of Kestrel, even if he can’t quite forget her. Kestrel turned into someone he could no longer recognize: someone who cared more for the empire than for the lives of innocent people—and certainly more than she cared for him. At least, that’s what he thinks.

But far north lies a work camp where Kestrel is a prisoner. Can she manage to escape before she loses herself? As the war intensifies, both Kestrel and Arin discover unexpected roles in battle, terrible secrets, and a fragile hope. The world is changing. The East is pitted against the West, and Kestrel and Arin are caught between. In a game like this, can anybody really win?”

I am not sure what to make of this cover, but while it is not my favourite in the series in the least, it will probably look good next to the other two, as the series will be complete.

You know… I’ve had some sort of a love-and-hate relationship with this series. It started OK in the first instalment (The Winner’s Curse), but I actually fell in love with it in the second one (The Winner’s Crime), which actually blew my mind and it left me in pieces with a cliffhanger so cruel and wicked, I almost hated Marie for it.. Almost. 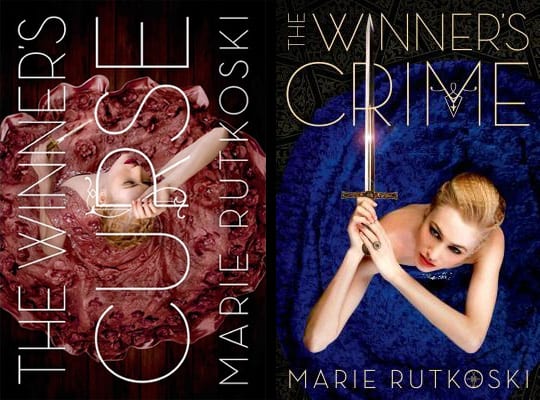 5 responses to “First look at: The Winner’s Kiss”