For five centuries, a witch’s curse has bound the trolls to their city beneath the ruins of Forsaken Mountain. Time enough for their dark and nefarious magic to fade from human memory and into myth. But a prophesy has been spoken of a union with the power to set the trolls free, and when Cécile de Troyes is kidnapped and taken beneath the mountain, she learns there is far more to the myth of the trolls than she could have imagined.
Cécile has only one thing on her mind after she is brought to Trollus: escape. Only the trolls are clever, fast, and inhumanly strong. She will have to bide her time, wait for the perfect opportunity.
But something unexpected happens while she’s waiting – she begins to fall for the enigmatic troll prince to whom she has been bonded and married. She begins to make friends. And she begins to see that she may be the only hope for the half-bloods – part troll, part human creatures who are slaves to the full-blooded trolls. There is a rebellion brewing. And her prince, Tristan, the future king, is its secret leader.
As Cécile becomes involved in the intricate political games of Trollus, she becomes more than a farmer’s daughter. She becomes a princess, the hope of a people, and a witch with magic powerful enough to change Trollus forever. 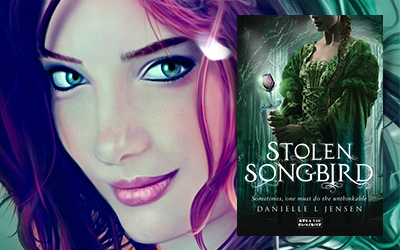 What can I say, I am expanding my reading universe these days and this is taking me on an incredibly crazy ride all over the fantastic world, meeting all kinds of strange creatures that normally I wouldn’t even dream of reading about (not to mention love them).

And reading about trolls would have been probably the last thing on the very back of my mind – I am not sure about you, but for me trolls sit next to vampires, zombies and other creatures I have usually NO actual interest in (and still, every now and then, I find that one author that crumbles the walls that protects my heart against them). 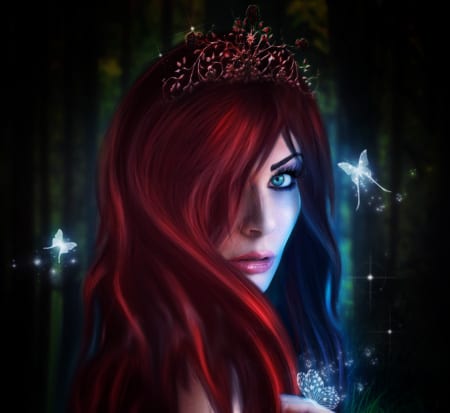 Danielle took these very monstrous creatures from our minds, she put them into this imaginative and lyrical story and made it into something magically beautiful (oh yes.. you will find out that trolls can be also beautiful, sarcastic, charming even – yeah.. stop laughing at me, I am quite serious here!). Colour me surprised, but I haven’t been this engaged into a fantasy story in a long time and I loved all that excitement, the need to read more, to stay awake when my eyes where not on my side any longer; enjoying page after page, breathing in each word.

For more than a half, it was like some sort of limitless happiness bursting out of my heart.
Because reading can be magical too.That magic won’t reach everyone (or it might not hold for long), it is not meant to melt each and every heart, but for a while I was ‘moping’ over mine here – and I am giving a completely different meaning to the expression, as my heart has melted into a puddle of giggle-ness at my feet.
Get it? No?! Oh well, then.. moving on, moving on…

First, I liked the main characters very much – Cécile wouldn’t go down without a fight, Tristan wouldn’t let a human interfere into his business, they had this fun fights (at times a bit rude, but not really in a bad way), they started to know each other and their feelings changed while still playing pretend. The world was building more and more (I can still see it expand, as not all secrets were uncovered and more worlds are involved in this curse/prophecy) and I got swept into this story without noticing it.

Another thing that I truly appreciated was how and why Cécile changed her mind and decided to help the rebellion.
It wasn’t because her troll prince was the leader, it wasn’t for his good looks and charms (even though these 2 are probably some valid points too), but because she understood the things they fought for, she believed in their cause, she didn’t want freedom only for herself but for all those half-bloods that suffered.
She didn’t think clear when it came to what would trolls do to the human world when released from the curse (I am actually with Tristan in this), but she meant well, she wanted to help, to leave an imprint in this world that has become hers.

There was a great balance between action (as Cécile still needed her freedom and her life and Tristan’s were still threatened), introspection (thinking of: all she’s left behind; how she imagined meeting someone falling in love and marrying someone; the influence of the bond; her misconceptions regarding trolls and their true nature, etc.). And this kept going for around 65% of the book.. Possibly more. 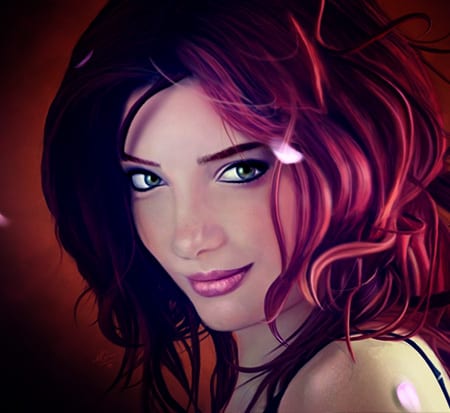 Now, on the other side of the coin, as it flipped when it neared the ending, there was a lot of drama. And not really one that I would swoon over, but the one that made me rethink the 5 stars I intended to give to this book:

– Our girl started making a lot of impulsive and reckless decisions that had horrible consequences. If only she would have stopped for a minute to rethink her actions (maybe the claustrophobic and dangerous world was starting to leave an imprint on her)
– Romance took over suddenly, but it wasn’t fully developed yet, so it gave me a strange vibe. It was also the base for all the following.
– Tristan started acting like a drama-queen (or well.. prince) with his overprotective act that made him make mistake after mistake (my dear, you were the cool calculated one, why is love making you weak instead of stronger, huh?).
– ‘Love’ came too soon and it completely took our characters off-path: Cécile kept confessing her feelings to Tristan, while he didn’t trust her judgement because men always want to think they know best and I rolled my eyes in frustration (well, in a way he was right, as he thought that maybe the bond was making her not see things clearly, and she could have been suffering from the Stockholm Syndrome for all that he knew, still the way he managed the situation made me want to scream at him).
– The characters kept running in circles and they actually made me dizzy: they were one moment like “i want to go but I can’t”, but then “i’ll let you go but you won’t”, and after a while “i don’t want to go but why do I have to?”. *sigh*

For most of you these not-so-good things might not represent a big problem (I’ve seen a lot worse in books to be honest and they don’t take that much space in the story), but I struggled deciding what rating to give it, because it went from 5 shiny beautiful starts to something… ‘less‘. And I couldn’t decide just how important those 60 percents were compared to the last part (I’m still unsure, I might still change my rating a few times, as the story is pretty solid).

To be honest, the writing is really good, the world is surprisingly fascinating, and the characters quite fun. There are some turnarounds and some surprises and there is a lot room for the story to grow into something really awesome. I will keep an eye on the next book, as I can’t wait to see where this story is headed and I can’t wait to see how much you liked it as well – maybe you will be less undecided 😉

PS: I found no pictures of beautiful and sexy trolls over the internet. It seems like there is no such thing.. yet.
But maybe things will change starting with this story 😀

Book source: ARC received for review from the publisher, thank you!