I am so late to this party, 2 weeks late to be more exact, but waiting to find news about this movie got to be a bit tiresome, so a while back I decided to simply stop trying.

Yesterday I came across one of the fan blogs I used to keep an eye on (TheHostFan) and I was surprised to see that in fact there are news about this next-to-be movie (I thought that they would wait for the whole Breaking Dawn madness to tone a bit before spreading news about the new one, but I guess that my assumptions were all wrong this time).

We already knew Saoirse Ronan was to star as Melanie/Wanda and now we found out that the lucky guys playing Jared and Ian are Max Irons and Jake Abel. 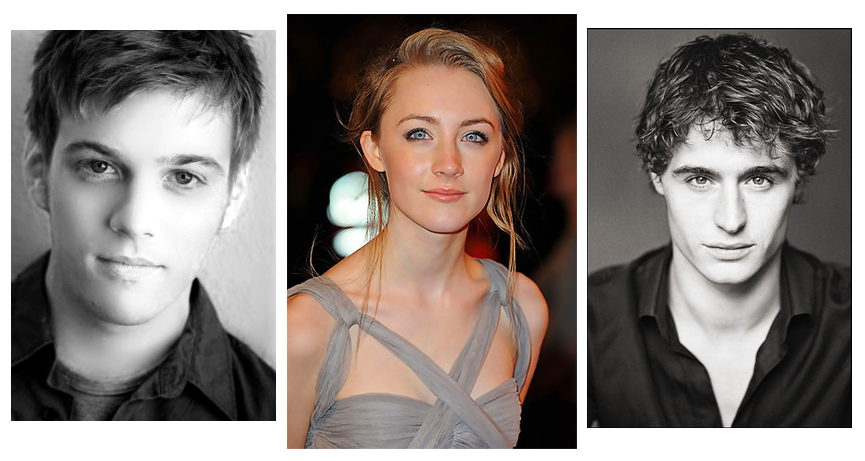 If I were to be honest to myself and you all, I would tell you that at first I was horrified, petrified, and couldn’t believe my eyes. Why is that? Because these people are not my dream cast but then again, my dream cast is all imaginary. No one in this world would ever be as great as Jared or as sweet as Ian from my mind, I’ll just have to sit back and hope for the best and let those people do their job.

So, yes..  I had a second thought and even though I’ve seen these actors before (some of their movies I liked, some not so much – same about their performance) I’ll try to be objective and welcome them into this beautiful alien world they are about to enter.

I hope that the producers are doing the right choice and that the actors you see won’t be only some pretty faces into the movie, but also they will perform as best as they can and as truthful to the characters they are impersonating.

For the ones that don’t know a thing about “The host”, you can see my review here, and also you can read the synopsis below:


“Melanie Stryder refuses to fade away. Our world has been invaded by an unseen enemy. Humans become hosts for these invaders, their minds taken over while their bodies remain intact and continue their lives apparently unchanged. Most of humanity has succumbed.
When Melanie, one of the few remaining “wild” humans, is captured, she is certain it is her end. Wanderer, the invading “soul” who has been given Melanie’s body, was warned about the challenges of living inside a human: the overwhelming emotions, the glut of senses, the too-vivid memories. But there was one difficulty Wanderer didn’t expect: the former tenant of her body refusing to relinquish possession of her mind.
Wanderer probes Melanie’s thoughts, hoping to discover the whereabouts of the remaining human resistance. Instead, Melanie fills Wanderer’s mind with visions of the man Melanie loves – Jared, a human who still lives in hiding. Unable to separate herself from her body’s desires, Wanderer begins to yearn for a man she has been tasked with exposing. When outside forces make Wanderer and Melanie unwilling allies, they set off on a dangerous and uncertain search for the man they both love.”

Great to hear the things are moving forward, now I just can’t wait for March 2013 to see the book I love so much on the big screen.

PS: I love Saoirse’s  eyes and they are perfect for this story.

2 responses to “The Host casting”