A new place for readers & authors to meet

I got this announcement in mailbox and I thought that maybe you will be interested to know about it too.
This project is just at the beginning but, as readers love to keep in touch with authors to know more about their books, I think it might get to grow into something beautiful. 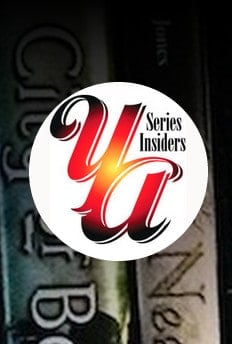 A blog launching this Saturday, November 23, connects readers and authors to help reveal the untold stories behind the hottest books targeted to young adults on yaseriesinsiders.com. Visitors can enter to win prizes and find everything from the reason why one New York Times bestselling author blows up so many things in her books to what spin-off series another NYT bestseller is writing and how (shockingly) different a beloved character’s situation is going to be.

“Our goal is to entice teens to read and discover,” said YASI founder Martina Boone, who launches her YA Southern Gothic trilogy in 2014. “YASI is a community where readers can find insider secrets of teen series fiction delivered in graphical, intriguing new ways.”

YASI will include a monthly spotlight on innovative bookstore, library, and book review initiatives that successfully connect young readers with new books. The blog will include a Library, Bookseller, and Book Reviewer of the Month feature to highlight their contributions to book discovery.

Early blog visitors can enter a giveaway to win over $1,000 worth of books, jewelry and other prizes. Each of the eleven YASI authors will offer a favorite book or series along with a secret prize worth $50 that represents an element from their own series. People can enter any time between November 23 and December 31, 2013. Winners will be announced on the blog on January 1, 2014. The blog will sponsor GoodReads giveaways of the Insiders’ favorite series books plus other prizes including signed best-selling books and small keepsakes on Mundie Moms, Page Turners, YA Books Central, and Adventures in YA Publishing. 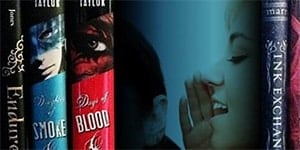 “Often the most life-changing books are the ones you wouldn’t have picked to read yourself,” Boone said. “We want to encourage readers to investigate different books through intriguing insider information.”

As a side note…

Now, because it was mentioned in the announcement & because you all love giveaways and they probably know it, I just hope that they will think to make at least some of them international (I mean.. you people do know that there’s a whole world outside US and Canada right?)… Oh well, just saying.