Amy and Elder have finally left the oppressive walls of the spaceship Godspeed behind. They’re ready to start life afresh–to build a home–on Centauri-Earth, the planet that Amy has traveled 25 trillion miles across the universe to experience.
But this new Earth isn’t the paradise Amy had been hoping for. There are giant pterodactyl-like birds, purple flowers with mind-numbing toxins, and mysterious, unexplained ruins that hold more secrets than their stone walls first let on. The biggest secret of all? Godspeed’s former passengers aren’t alone on this planet. And if they’re going to stay, they’ll have to fight.

Amy and Elder must race to discover who–or what–else is out there if they are to have any hope of saving their struggling colony and building a future together. They will have to look inward to the very core of what makes them human on this, their most harrowing journey yet. Because if the colony collapses? Then everything they have sacrificed–friends, family, life on Earth–will have been for nothing. 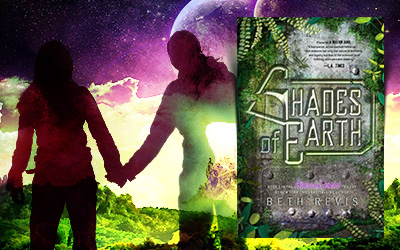 As you know, Across the Universe is one of my favorite series, so I felt pretty sad to see it end. More when the cover has changed and it doesn’t fit the other 2 books *sigh*

But this doesn’t mean that I enjoyed it less for that. It was still full of action, suspense and pure awesomeness. We finally get to the planet we’ve been traveling towards to for so long. We are finally there. Amy has her family back. People are starting to show respect and faith in Elder. But do things get easier as they land? They don’t. 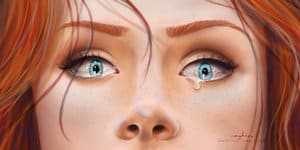 Our mind is full of questions: Will people get along with each other, will the planet want them to be there, will our people survive the hostility that is to come? Will Amy and Elder have their happy ending? And what about the people that remained on the ship, and what about all those secrets? But don’t worry; you get answers for each of them and then some more.
I tell you, this book is great – the plot is unpredictable, full of danger, mystery, deaths, revelations and it does tie up all loose ends.

I felt bad for him. Really. First he was the leader of a group of people that didn’t recognise fully his authority and then there was the question: what will happen when the people from Earth will awake? How will they see the people that lived on the ship for this long, how will they treat them?
Elder was caught between these 2 groups – one frightened by the unknown, the other thinking they are better than the others, (view spoiler) in fact seeing them more as slaves, as we feared . Also, it became obvious the difference between him and Amy and they still have a lot to fight for their love if they want to keep together. 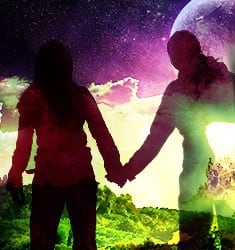 Her lose seems endless, really. She lost her home, on a planet that she loved, her family for a while and then she had her parents back only to treat her as a child. And then there are people dying, people fighting, people blaming each other and her love for Elder seems so insignificant when the world is falling apart. They want to be together, they need to keep together but there are so many things getting between them at all times.

Damn, I hated them with a passion. Maybe you’ll think of this as a spoiler, I don’t care.. They are so stubborn, so proud, they think of themselves so highly. I wanted to punch Amy’s parents in the face on so many occasions and the situation between them and ‘the others’ (our beloved others) was so frustrating.
It’s not like I didn’t see it coming, but I still wanted to believe that there is a relationship between humans and humanity, but I feel like it’s been lost forever. They are only 2 similar words with complete different meaning.

One thing though… There was something about the habitants of this planet that bothered me. (view spoiler) Just how easily a particular someone could mix with the people from Earth – maybe I need to read the book again because I simply can’t see how no one questioned his presence, his identity. And the way those habitants acted was so brutal, I am not against it, but I wish there was a chance for a different start.

One of the best endings to a series!

There were ups there were downs, but I felt like they fully belonged in this story. Sometimes I didn’t agree with something happening, but I know that it had to happen. The pacing was a bit slow in the beginning, but it picked up pretty fast and I barely could keep up with it in the second half of the book. All in one, a great book to end a wonderful series that I loved with all my heart.

Hope that you enjoyed it as well.

4 responses to “Shades of Earth”