What happens when you’re stalked by Death? You fall in love with him, of course.

Pagan Moore doesn’t cheat Death, but instead, falls in love with him.

Seventeen year old Pagan Moore has seen souls her entire life. Once she realized the strangers she often saw walking through walls were not visible to anyone else, she started ignoring them. If she didn’t let them know she could see them, then they left her alone. Until she stepped out of her car the first day of school and saw an incredibly sexy guy lounging on a picnic table, watching her with an amused smirk on his face. Problem is, she knows he’s dead.

Not only does he not go away when she ignores him, but he does something none of the others have ever done. He speaks. Pagan is fascinated by the soul. What she doesn’t realize is that her appointed time to die is drawing near and the wickedly beautiful soul she is falling in love with is not a soul at all.

He is Death and he’s about to break all the rules. 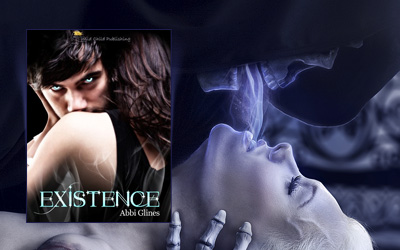 I won’t say much about this book as I usually don’t review the books I don’t like.
And surprise-surprise, I didn’t quite like it.

Still, I have to get it out of my head, so here it comes.. my review wanna be (or if you wish my bubbling thoughts):

I blame it on the cover!
I hate the fact that this couple is all over the place, on all kind of covers, but still there was something I liked about this one. Probably those eyes, going hand in hand with the book description.
Damn marketing! I should just learn my lesson for once!

The beginning of the book was really promising – you see, I have a soft spot for witty characters, that have the habit to ‘spit’ sarcasm every time they open their mouth, and Pagan seemed to be that kind of girl.
Also, a love story between a human girl and Death itself sounded like a hell of a story, right?.. Right?!
Well, I was at least right about the hell part.

In the first chapters I loved Pagan and her relationship with Leif – they were so cute together that made me sad thinking about the fact that Leif wasn’t Death, so I knew he wasn’t the one. Even the first moments with Dank were cute and funny, and most of the times ‘cute’ is enough for me. I like cute, even though (if I am not mistaken) Pagan wasn’t a fan of this word/description – not when defining her anyway.

Now, not mentioning the horrible choice for the names that put me off faster than blinking, what I didn’t like about this book was how, after finally being with Leif (after an incident that made me roll my eyes until I almost saw my back), all Pagan’s interest returned and remained on Dank – in an obsessive, hair-pulling kind of way. Talking about love-triangles and how they get to annoy me.. not that it was really a love-triangle anyways.
It got from funny, to damn depressing in an instant.
Pagan was mostly sad or crying her heart out, and not understanding why Dank wouldn’t like her back, and if he did why would he ignore her.. And then, there was that thing with him watching her sleep (which is in fact really creepy, as creepy as it was in all the books before this one. stop using this cliché in books, it is not hot at all, it’s just annoying as hell and not original at all!!!!!) and then he was ignoring her even more, and oh.. why would he get involved with the only girl in the world Pagan didn’t like, if not to add even more teenage drama to the story. I tell you, hair-pulling.. at that point I just couldn’t relate with it at all.

So.. if you still wish to read this book after me warning you, be my guest, but I would hate to say “I told you so”.
And if you happen to like it, great for you, I wish I would have liked it better too – I read for pleasure and it pains me not to like a book.