How’d You Get There?

Some of you might be familiar with the Anomaly trilogy (and on a side note, I am eager to hear your thoughts on these books; Goodreads won’t help as I haven’t been able to see my friends’ reviews in more than 6 months *sigh* Yeah, they still didn’t fix the bug), but for people like me – that didn’t get the chance to read Krista’s story – the following post might give us a bit of an insight into her dystopian world.

Because Luminary is the second book in the series, I will start with the description of the first book, such that if you are interested into reading it you’ll just postpone diving deeper into the article, in order not to spoil your surprise.

About Anomaly – first book in the series: 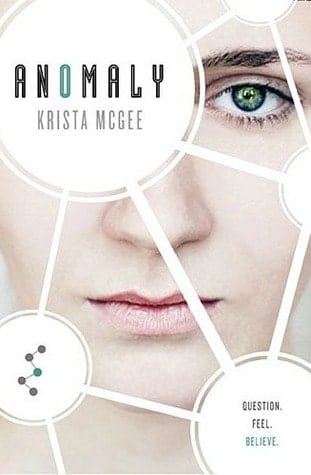 Thalli has fifteen minutes and twenty-three seconds left to live. The toxic gas that will complete her annihilation is invading her bloodstream. But she is not afraid.

Thalli is different than others in The State. She feels things. She asks questions. And in the State, this is not tolerated. The Ten scientists who survived the nuclear war that destroyed the world above believe that emotion was at the core of what went wrong—and they have genetically removed it from the citizens they have since created. Thalli has kept her malformation secret from those who have monitored her for most of her life, but when she receives an ancient piece of music to record as her community’s assigned musician, she can no longer keep her emotions secreted away.

Seen as a threat to the harmony of her Pod, Thalli is taken to the Scientists for immediate annihilation. But before that can happen, Berk—her former Pod mate who is being groomed as a Scientist—steps in and persuades the Scientists to keep Thalli alive as a test subject.

The more time she spends in the Scientist’s Pod, the clearer it becomes that things are not as simple as she was programmed to believe. She hears stories of a Designer—stories that fill her mind with more questions: Who can she trust? What is this emotion called love? And what if she isn’t just an anomaly, but part of a greater design?

Notes on Luminary by Krista McGee

“Luminary, the second book in the Anomaly trilogy, is quite different from the first book. Thalli and her friends are aboveground, leaving the State – the only world she’s ever known. She encounters not just one, but two settlements, and interacts with people whose lives have been very different from hers. 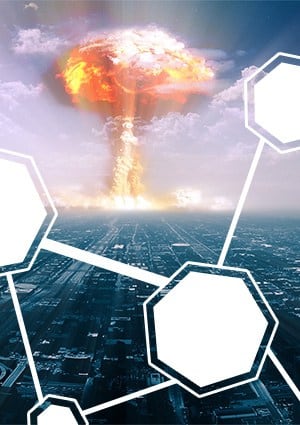 This was a fun book to write, on many levels. I’d never written a trilogy before this one. My first three books had some characters that carried over from one book to the next, but they’re all three stand-alone novels. So I enjoyed getting to continue Thalli’s story, to delve deeper into her relationships with Berk, John and Rhen, to put her in a new setting and see how she reacted.

Before writing Anomaly, I read dozens of dystopian novels to see what other writers were doing, what worked and what didn’t. Before writing Luminary, I read dozens of historical novels. My future world would look more like the past in this novel, so I wanted to get some inspiration. I read books set in both the remote and the more distant past, and I did research into life in other times and even other countries, as I began to build the world in which Thalli and the others would live.

I also got to place my characters in Texas – one of my favorite places! And a fitting state to house tenacious survivors of the war. I loved revisiting the place our family lived for six years, and I pictured our friends from there as I wrote.

Because this was a continuation of the first novel, I got to explore Thalli’s growing relationship with God, as well. She came to know him in Anomaly….now what? As a person with a passion for discipleship, this is my favorite place to find people – ready to grow in their relationship with God, hungry to know more. It is also a place where believers face struggles and doubts and difficulties. What trials would Thalli face? How would she respond? She is human, like me, so I knew I couldn’t let her respond perfectly to everything. And she needs guidance, also like me, so John would need to remain to help her when she feels like giving up.

Luminary was one of my favorite books to write. I loved being able to explore the future by looking into the past, to take my characters farther – physically, emotionally, and spiritually. I hope you enjoy reading it as much as I enjoyed writing it.”

More about Luminary – the second book in the series: 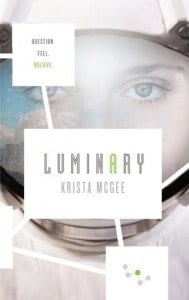 After escaping an underground annihilation chamber, Thalli, Berk, Rhen, and John find themselves fleeing across the former United States, aboveground for the first time. As the defectors cross the for gotten landscape, the three youths see things the y had only read about on screens: horses, rain, real books—and a colony of unsanctioned survivors living the ancient way in a town called New Hope.

When the citizens of New Hope reveal the truth of what happened years ago, Thalli is left unsettled and skeptical of everything she’s ever been told. Can she trust anything from the State, including her own feelings for Berk? When she volunteers for a peace mission to New Hope’s violent neighbor, Athens, her confusion mounts as the supposedly ruthless Prince Ale x turns out to be kind and charming. Although everyone in New Hope warned her not to, she can’t help but fall for him.

Meanwhile, John’s unwavering faith in the goodness of the Designer begins to make its mark on Thalli’s heart. But can Thalli really come to trust in a generous, protective Designer who rules over all things? Would that not be setting herself up for another betrayal?

The time for her to decide is now . . . because the State is closing in. 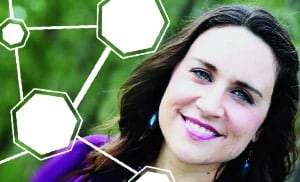 When Krista McGee isn’t living in fictional worlds of her own creation, she lives in Tampa and spends her days as a wife, mom, teacher, and coffee snob. She is also the author of Anomaly, First Date, Starring Me, and Right Where I Belong.