Today we have a special guest on the blog: Jessica Sankiewicz, author of “If Only We”, (a book that I can’t wait to read and share my thoughts with all of you). Let’s welcome her and find out more about second chances!

“If Only We came about with one scene: the one in the beginning between Adrienne and Chevy.

I’m not exactly sure what triggered it, my mind wanders a lot and when I combine all the thoughts into one, I end up with ideas like this. The premise of If Only We didn’t come until later when I was trying to work on what led up to the moment they shared. 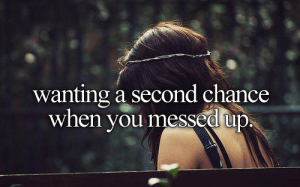 I started thinking about how much she needed a second chance, and thus the story was born. When you read her story, you can see why a second chance seemed so necessary. If I were in her shoes, I would have wished for one myself.

To me, second chances in general are amazing things. In real life, we don’t get to redo whole days, weeks, months, or years, but sometimes people give us another chance. Or we may get another shot to do something we always wanted to do.

However, if it were possible to relive a portion of my own life, to make a different decision or go in another direction, I probably wouldn’t. Several years ago, I would constantly wish I could go back and change things. I would blame those moments for how messed up things became. As I got older, I started to see from a new perspective. I may have hated those moments, those bad paths I walked down or those friends I used to spend time with or those boys I used to adore, but if none of that happened, would I still be who I am today? 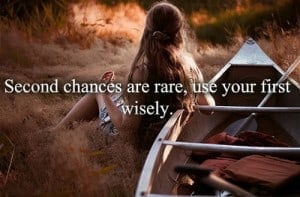 The truth is, I wouldn’t.

While there is so much more for me to learn in life, all the mistakes that got me to the place I am right now, they’ve made me into a fairly decent person. I actually came up with a quote for it back then: “The person you see before you today would not be here if it weren’t for the mistakes of yesterday.” Don’t get me wrong, I would love to go back and change a couple things. I think we ALL would. But sometimes, the seemingly bad things can have a bright side in the end. We may have to look for it, but it’s there.” 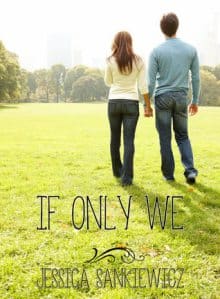 They say all it takes is one wrong move and you lose the game. One false step and you’re trapped. One slip-up in your choice of words and you ruin a friendship forever. That is what they say. They say I lost.

I do not believe them.

At the end of the summer after graduation, Adrienne wonders what happened to cause her life to be in ruins. She isn’t getting along with her mom, her stepsister isn’t talking to her, and, to top it off, the boy she’s been in love with doesn’t want anything to do with her. She believes the turning point was a choice she made at graduation. When she wakes up the next day, she has been transported back three months to that moment, the one where everything started to fall apart.

Adrienne realizes she has been given a second chance—and this time she doesn’t want to mess anything up. Reliving the entire summer, though, turns out to be a lot harder than she thought. As the same days and weeks go by, she starts to see how simple decisions can make a huge impact on the world around her. Despite knowing some of what lies ahead, there are some things she didn’t anticipate. She thought she knew what mistake led her to where she ended up the first time. She was wrong.

And by the time summer is over, she discovers what was really at stake. 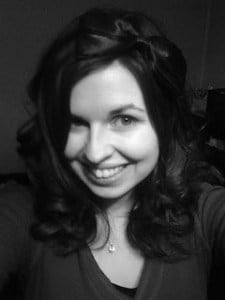 Jessica is the 28-year-old author of IF ONLY WE, a YA contemporary.

You can often find her either reading or marathon watching TV on DVD, her favorites being Castle and Veronica Mars. She frequently mismatches her clothes and giggles uncontrollably.
She knows almost every Billy Joel song by heart. She collects books and toys, and she has an intense love of cats and lemurs.

Currently in the midst of her quarter-life-crisis, she is still takin’ names and getting very close to reaching an epiphany.

A blog tour by: