First look at: The Place on Dalhousie

It’s Marchetta, it’s Jimmy… I’ve been waiting for it of so long! Here’s a first glimpse: 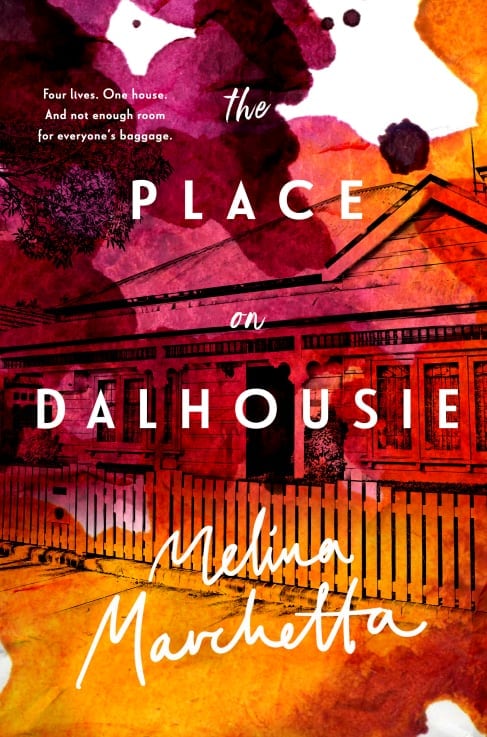 The Place on Dalhousie by Melina Marchetta

‘You look the type to break your father’s heart.’
‘Yeah, but he broke mine first.’

When Rosie Gennaro first meets Jimmy Hailler, she has walked away from life in Sydney, leaving behind the place on Dalhousie that her father, Seb, painstakingly rebuilt for his family but never saw completed. Two years later, Rosie returns to the house and living there is Martha, whom Seb Gennaro married less than a year after the death of Rosie’s mother. Martha is struggling to fulfil Seb’s dream, while Rosie is coming to terms with new responsibilities. And so begins a stand-off between two women who refuse to move out of the home they both lay claim to.

As the battle lines are drawn, Jimmy Hailler re-enters Rosie’s life. Having always watched other families from the perimeters, he’s now grappling, heartbreakingly, with forming one of his own . . .

An unforgettable story about losing love and finding love; about the interconnectedness of lives and the true nature of belonging, from one of our most acclaimed writers.

If you’ve been here long enough you know, you just KNOW how much I adore Melina Marchetta. Caution, full raving ahead!

Her novel On the Jellicoe Road is my top favourite standalone, it breaks me and it puts me back together each time I read it. I own a first edition from the author herself and it’s my most prized possession. I also take pride in the thought that maybe I helped the wonderful women from Storia Books decide to take a leap of faith and translate it in Romanian during our conversations when I highly praised it (it helped that they are in love with the story too and they were considering it).

The Lumatere Chronicles are the best fantasy books I’ve ever read, with such complex characters and  intricate dynamics between them, the world building is astonishing in so many ways, not to mention that it probably has the most breathtaking and tangled turnarounds. I recommend it forever. If only she would read more fantasy in the future! Not that her contemporary stories are not as great, but the world needs more of her magical touch.

Then comes Tell the Truth, Shame the Devil which is heartbreakingly authentic and realistic. It feels in a way like an adult version of Jellicoe Road (by this meaning that it has an adult narrator) as it offers the same sense of heartbreak and the thin line between the past and the present feels just as eerie.

As for the Francesca companion books, they describe grieve and depression in such a raw way, and Jimmy was my favourite character in the group so my excitement is sky high! I can not wait to hold this beauty in my hands! I’m counting the days here…