Anna and Bennett were never supposed to meet: she lives in 1995 Chicago and he lives in 2012 San Francisco. But Bennett has the unique ability to travel through time and space, which brings him into Anna’s life, and with him a new world of adventure and possibility.
As their relationship deepens, the two face the reality that time may knock Bennett back to where he belongs, even as a devastating crisis throws everything they believe into question. Against a ticking clock, Anna and Bennett are forced to ask themselves how far they can push the bounds of fate, what consequences they can bear in order to stay together, and whether their love can stand the test of time.
Fresh, exciting, and deeply romantic, Time Between Us is a stunning, spellbinding debut from an extraordinary new voice in YA fiction. 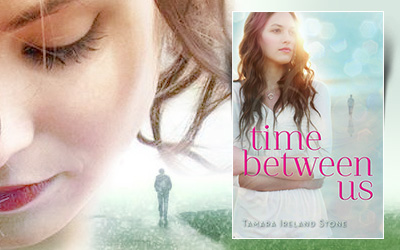 If you are an avid reader you know that there are some books that call for you. Books that you see on the selves of some library or someplace on the Internet and they try to seduce you, they creep into your mind and you feel compelled to get them.

I felt the same about this book. I saw the beautiful cover (God how I love it to pieces! I could frame it and look at it all day long) and I knew that I had to have this book, I read the description and I knew that I needed to read it. 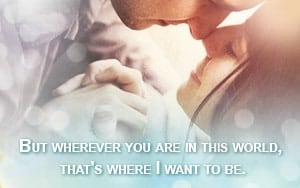 To be completely honest, I had 2 previous attempts to start it before I finally read it from cover to cover.
In the beginning I simply didn’t get into it the way I wanted, but the book kept calling until I picked it up again a few days ago and I enjoyed it just the way I hoped.

That’s the reason I had to take down a star and a half, because when I stop reading a book something is missing, and when something is missing I need a whole lot of awesomeness to make up for it. And if you like to know, the second half of the book is pretty great – after all I read the second book right after finishing this one.

I don’t usually start this way, I like to tell first what I love about a book, but in this case it is needed – I want to explain why I felt the need to take a break from this story before finally reading it in full.

Think.. Well, think ‘new guy’ and ‘average girl’… The girl feeling attracted to the guy, him keeping his distance even though showing bits of interest. Then the boy saving the girl and, at first, not wanting to explain it, because the situation is a bit out of the ordinary. You see where I am getting with this, right? To the sunset and beyond, if you get my point.

So my problem was that the beginning felt a bit (well, maybe quite a lot) cliché. And when I noticed that some things were repetitive (as seen in various other stories) I said: well, this is not a book for me. I put it down and waited for a better moment to read it. And it came.

Because the thing is that it gets better, maybe the author didn’t chose the best (or the most original) way to introduce us to the story, but what she had to say was worth trying to ignore all those bells ringing in my head. 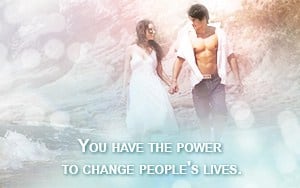 This is a love story. A story about two young people that were never meant to meet, but they did, they managed to bend the rules of universe and fall in love against all odds. They both reached (one for the other) through time and they made their story possible.

This is a self-discovery story. One about knowing your limits, and pushing them for the ones you love. One about growing up and being responsible for your actions. One about changing your destiny all over again. One about making choices, about not giving up hope, about fighting for what’s important to you and you only. One about learning to love and learning that love might not always be enough. One about opening your mind to what seems impossible and opening yourself to the world.

What I liked the most about this story is that it not only focuses on the main two characters, but their interaction with other characters as well. And I loved to see how their actions had a great impact on those said characters.

Anna was an average girl  – going to school, helping her parents in the bookstore and spending time with her two best friends. But she also had dreams – she wanted to know the world, she wanted to help her friends, and she wanted to be happy. And those were not only wishes – she made them come true. Maybe it took time, or heartache, but she didn’t let anything and anyone to get in her way.

This being a time-travelling story, you see various sides of Anna’s relationship with her friends, her family and even Bennett, the mysterious guy that appeared one day in her life and (no matter how the cards played) always tried to find a way for them to be together. 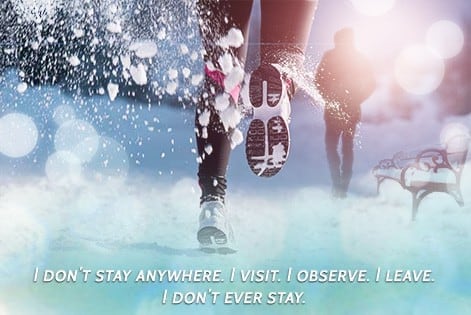 You see the ‘before’ and ‘after’ of various sides of the story. And I can’t say much about it right now, but this is what I like to read in a time-travel story: how things are, how they can be changed and the result of this action (even though sometimes it might be subtle). Sometimes you win some, but you also lose some in return, the question remains.. is it really worth it?

Even though we had a bumpy start, this story won me over. The concept behind it is great, the characters really sweet, there’s quite a bit of action going on and it leaves you with the need to know what comes next.
Luckily, I did also receive an ARC of “Time after Time“, the new book in the series (from Benett’s point of view) that sends us forward into the story.

8 responses to “Time Between Us”