It’s been over six months since the eruption of the Yellowstone supervolcano. Alex and Darla have been staying with Alex’s relatives, trying to cope with the new reality of the primitive world so vividly portrayed in Ashfall, the first book in this series. It’s also been six months of waiting for Alex’s parents to return from Iowa. Alex and Darla decide they can wait no longer and must retrace their journey into Iowa to find and bring back Alex’s parents to the tenuous safety of Illinois. But the landscape they cross is even more perilous than before, with life-and-death battles for food and power between the remaining communities. When the unthinkable happens, Alex must find new reserves of strength and determination to survive. 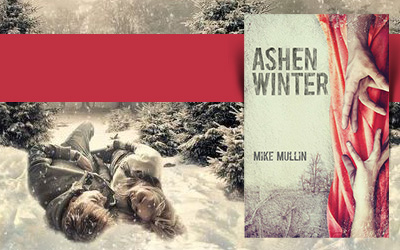 How much are you willing to give or take?

Define loss:
The disappearance of something cherished, such as a person, possession or property.

Define hope:
The emotional state which promotes the belief in a positive outcome related to events and circumstances in one’s life. Despair is the opposite of hope.

Define human nature:
It refers to the distinguishing characteristics, including ways of thinking, feeling and acting, that humans tend to have naturally.

So what makes us different when we lose all those characteristics, when the hope is gone and the loss of our loved ones is the only lullaby we hear before falling asleep… What makes us any different when we act like the animal inside in a world where only the strong ones survive, where people fight for the same piece of food and they need to steal, to hurt, to kill?
Or does it even matter when you are freezing to the bone and you can barely save yourself? Because when all this happens you lose strength, you lose hope.. But what about the bits of humanity you struggle to keep so badly?

I can’t handle it. Everything’s gone to ash. I don’t know how to make it right again.

Alex’s life has never been easy, but as long as he has Darla by his side everything can be possible: they can stay alive, they can fight bad guys, they can search for his parents, they can share food and medicine and survive another day; they have love and hope and something that people around them seem to forget or lose: humanity.

There is something about this story that I really love: it is the fact that it defines the human nature with the good and the very bad, through the happy moments and the despair. It can show you the paths you can take in such a situation, and even though some of the characters make terrible choices and you are horrified by their actions, you know that this is how things would work out in real life too. It’s sad, it’s terrifying, but it’s true even on its darkest.

The story takes us a few months further in the glacial future after the eruption. We see people struggling to make a life of what it’s left of this world, we see other people losing what is left of their humanity, but what remains the same is the relationship between Alex and Darla and how much Alex wants to meet his parents again.
If you think about it, while Ashfall was more about the phycology of the post-apocalyptic world, Ashen Winter is more about the actions of these people without hope that can do anything (and i mean anything!) in order to stay alive.

If you wanted more action in the first book, this story might be more to your liking.. It starts right in the middle of an action scene and it has a faster pace than Ashfall. Maybe you will feel at some point that they are running in circles, but it will still hold your attention anyways. Also, you will see again some characters from the first book (I liked Alex’s uncle) and you will meet some other people on the way – off course, you will be happy to know some of them but you will also try to scream for Alex to get away from some dangerous dark places.

Now, I don’t want to spoil anything for you (and it’s hard to do so – that’s why you should NOT click on those spoilers), so my negative thoughts won’t make much sense, still I need to take them out of my mind as quick as possible:

1. The parents:
Alex is really a kid and he got the chance to stay in a safe place with his uncle and other relatives, but deep down he still wanted to find his parents because they were his priority. He would have done anything and would have stopped at nothing to find them, because except for Darla’s safety (not only the girl he likes, but the one that saved his life various times) there was nothing more important for him than his family… But what about his parents? They have left the safety of the farm as well to find Alex, right?
Right. But what could change the priority order in their lives? I tell you only this: nothing that could/would change mine in any possible way. Yes, I am selfish like that, and so is Alex… Does this make us less human? Well, I am not so sure anymore. (Cryptic much?)

2. Alyssa:
She is a girl Alex finds at some point in his journey. She has had a difficult time, trying to stay alive and to keep her brother safe. But the way she acts around Alex makes really no sense considering her experience (view spoiler) with men . And her actions are really confusing, making it hard for me to understand her.. You might call it mystery, I call it just a bit of underdevelopment, but I hope to understand more in the next book.

3. The dialogue:
At times it felt really unrealistic. Again I can’t spoil anything but it is related to the first 2 items on the list among other things. At some point some overprotectiveness made me want to scream (view spoiler) : You bastards, he could have died searching for you while you had other items on your busy agenda, but now it’s when you care?

4. The good luck:
Yes, it is mostly good luck that keeps these characters safe (or as safe as they can be). But it was the same in the first book and I wanted to see them (in fact Alex) grow to have better skills in this art of survival. You see, Alex does all these dumb things and he only has a good idea when he wants to impress someone (*cough* a girl *cough*). Sometimes he acts like an adult (and he gets out of some difficult situations using his brain – because yes, he really has one), but some others he acts just like a silly kid, complaining and making mistake after mistake… after mistake (isn’t Darla already sick of this?).

You do anything that idiotic again and I’ll shoot you myself to save the heartache of watching someone else do it.

Ashen Winter is quite a good sequel to Ashfall, one that will leave you with the need to see how (or if) things will go back to normal again. There are some answers that you get and some others that are being raised and it’s a matter of time until things get settled down and maybe our beloved characters will have their well-deserved happy ending.

Book source: ARC received from the publisher via Netgalley. Thank you so much!