Since she was a baby, Aza has suffered from a mysterious lung disease that makes it ever harder for her to breathe, to speak—to live.

So when Aza catches a glimpse of a ship in the sky, her family chalks it up to a cruel side effect of her medication. But Aza doesn’t think this is a hallucination. She can hear someone on the ship calling her name.

Only her best friend, Jason, listens. Jason, who’s always been there. Jason, for whom she might have more-than-friendly feelings. But before Aza can consider that thrilling idea, something goes terribly wrong. Aza is lost to our world—and found, by another. Magonia.

Above the clouds, in a land of trading ships, Aza is not the weak and dying thing she was. In Magonia, she can breathe for the first time. Better, she has immense power—and as she navigates her new life, she discovers that war is coming. Magonia and Earth are on the cusp of a reckoning. And in Aza’s hands lies the fate of the whole of humanity—including the boy who loves her. Where do her loyalties lie? 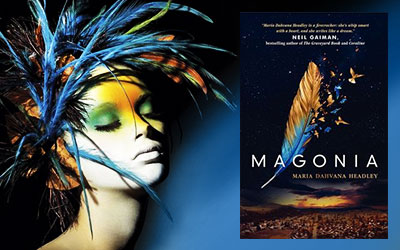 This must be one of the most eye-catching books I own, or so I seem to think. I absolutely love the simple and vivid artwork that grabbed my attention on the very first glimpse.

I wanted to read it when it came out, a few years back, though with so many books on my list it was always at least one story away from me. But when I got the chance to read the translated Romanian edition I did not hesitate one bit.

Magonia is quite an interesting book, very creative (I don’t dare to say ‘original’ without knowing if that is actually true, but it was to me) in a spectacular way and at times it feels magical. The writing style is different, though I can’t put my finger on exactly what made it seem so, and I enjoyed the dual narrative because I got to see another side of the same story and because, to be honest, I liked Jason better. He was so cute, so loyal, and he tried so hard to fight for her in all that uncertainty. 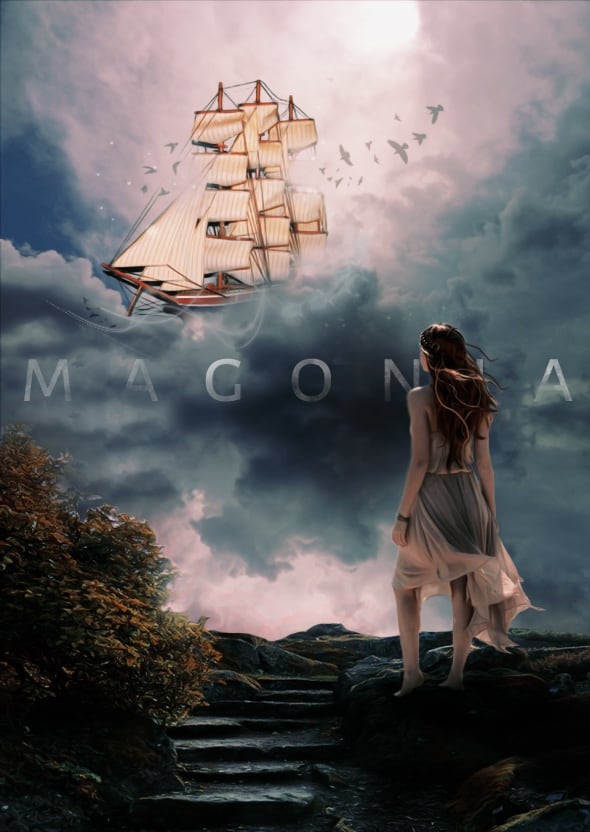 One aspect that I loved is the ties to reality, with the (actual) folklore hinting on secret realms in the clouds and the way it explained the weather change in the book and some other mysterious happenings all around the globe. I will definitely want to research that a bit more for the fun of it. Also, I am getting a bit tired of the same stories being referenced in books or the same themes being used, so this was a very nice change. Finally something new!

I truly enjoyed the world from above, so vivid as well and so imaginative (with all the hybrid creatures and the ships). And sometimes, reading this story felt also like watching an old musical, it had the same vibe.

On the bad side, the story was really (but really!) predictable. I saw the twist from thousand miles away and on the romantic side it got to feel a bit crowded, if you know what I mean. Aza was absolutely naive, though it’s not actually her fault that she was kept in the dark for so long and that she didn’t know how her world worked. I also think that she switched sides too fast, not to mention that she put her trust in the wrong hands. Jason was nice and all, but I had such a hard time believing that he could achieve all that he did, as he was just a teenager no matter the amount of money in his pocket and he kept ‘telling’ us instead of ‘showing’ us everything that happened to him, so I couldn’t fully connect with his side of the story. I understood that Aza was the main star of the show, but he was left underdeveloped and that’s a shame.

I already told you that music played a big part in the story, there were times when it worked beautifully, both as a theme and as an actual (book) scene, but when there was action taking place and Aza or some character started to sing rooted in one spot, it felt a bit odd. Maybe that’s just me, I read a wonderful pirate book right before this one (that review will follow soon) and maybe I just got stuck in the action mood. To be honest, the whole ‘bird in the chest’ thing didn’t work for me either as well as it should have.

“If you look at the sky that way, it’s this massive shifting poem, or maybe a letter, first written by one author, and then, when the earth moves, annotated by another. So I stare and stare until, one day, I can read it.”

All in one, I did enjoy the book to some extent – I tried to overlook some particular parts, but it might be a better fit for the younger audience. The visuals were incredible, though the plot and the characters felt just a bit flat in comparison. Anyways, I am eager to see where the story goes from here. 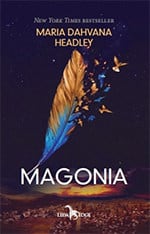 Note: The Romanian review can be found here.

Book received for review.
Thank you very much Leda Edge / Corint (Romania) for the paperback and HarperCollins (US) for the ebook copy.