She’s so dead to us

When having money is all that matters, what happens when you lose it all?
Perfect, picturesque Orchard Hill. It was the last thing Ally Ryan saw in the rear-view mirror as her mother drove them out of town and away from the shame of the scandal her father caused when his hedge fund went south and practically bankrupted all their friends — friends that liked having trust funds and new cars, and that didn’t like constant reminders that they had been swindled. So it was adios, Orchard Hill. Thanks for nothing.
Now, two years later, Ally’s mother has landed a job back at the site of their downfall. So instead of Ally’s new low-key, happy life, it’ll be back into the snake pit with the likes of Shannen Moore and Hammond Ross.
But then there’s Jake Graydon. Handsome, wealthy, bored Jake Graydon. He moved to town after Ally left and knows nothing of her scandal, but does know that he likes her. And she likes him. So off into the sunset they can go, right? Too bad Jake’s friends have a problem with his new crush since it would make Ally happy. And if anyone deserves to be unhappy, it’s Ally Ryan.
Ally was hoping to have left all the drama in the past, but some things just can’t be forgotten. Isn’t there more to life than money? 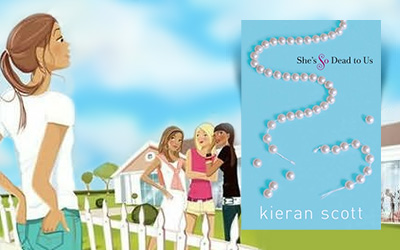 Usually, wanting to punch all the characters in a book it is not a really good sign.. and I won’t say that this is not the case because in fact it really is.
I hate horrible friends (all Ally’s supposed ex best friends), and rich kids with nothing else to do but to bully someone for their own entertainment (same as before), and rich people telling me what a difficult time they are having because their parents can’t afford a palace AND a beach house (same as before), and rich stupid kids with rich stupid parents that do the same as their kids to the parents of the bullied not-so-rich-anymore kids (oh, did I lose you? hope not)… and people with good looks but no personality (the love interest – whom I can easily include in almost all the statements from above).

Also I’ve counted the words friend/friends and they appear more than 150 times (at some point I lost track of the exact number) but I couldn’t see one damn real friend in the whole book!!!!!!!

Now that I got this out of my chest, I will tell you that I kind of liked Ally. She wasn’t the silly girl, running and crying in the corner because her ex-best-friends are being so mean to her (yes she gets emotional from time to time but also she gets over it pretty quickly). She makes her moves, she says what she thinks, she keeps her head up and even though she wishes so badly to have back her old life she is not letting anyone walk all over her. GOOO Ally!

BUT, because there is always a but, how could she be so smart in some ways and so silly otherwise? How could she fell in love with a jerk that hides their love story because his friends (those stupid brats that were her friends before) doesn’t like her (anymore – and without a good reason – and without giving her an opportunity to explain herself)? Why in the world would you need a guy like that? Tell me because I can’t seem to find one reason for that.

And it is not like his side of the story is giving him more credit (because in case you didn’t know this is an ‘alternative-pov’ type of book, not so well done, but it is).
So back to what-s-his-name.. he is not smart, he is also boring, he thinks like a 12 years old boy, and God I didn’t want to be in his head… he was so damn whiny for a boy. And what I hate the most is the fact that even though he doesn’t like what his friends do (regarding Ally and her family) he never, EVER does a thing against them. He never says a word to them, he even take part to the “revenges” they are planning. And at the end he only proves what a jerk he is (about the prom, about hiding important things, and lying , etc.)
Still, I have the feeling that at some point in the story I did like him (and the moments with them together), but damn it, I can’t remember why 😐 The girl in me is so furious right now remembering the bad things.

Well I confess that I feel the need to continue this series because of that damn ending, and I have a secret wish that Ally is going to punch this guy, the interest love (God I forgot his name, as memorable as he was into the story) in the face at some point, or at least punch one of her ex-friends. Oh, I will sleep so well dreaming about this 🙂

Oh.. one more thing…
I’ve got it.. scratch the above about no friends and all.. Ally had a friend, and I liked her a lot, the problem is, was Ally a good friend to her?
Damn, it’s so complicated to be a bratty rich teen these days *sigh*