Life can change in a split second.

Addie hardly recognizes her life since her parents divorced. Her boyfriend used her. Her best friend betrayed her. She can’t believe this is the future she chose. On top of that, her ability is acting up. She’s always been able to Search the future when presented with a choice. Now she can manipulate and slow down time, too . . . but not without a price.

When Addie’s dad invites her to spend her winter break with him, she jumps at the chance to escape into the Norm world of Dallas, Texas. There she meets the handsome and achingly familiar Trevor. He’s a virtual stranger to her, so why does her heart do a funny flip every time she sees him? But after witnessing secrets that were supposed to stay hidden, Trevor quickly seems more suspicious of Addie than interested in her. And she has an inexplicable desire to change that.

Meanwhile, her best friend, Laila, has a secret of her own: she can restore Addie’s memories . . . once she learns how. But there are powerful people who don’t want to see this happen. Desperate, Laila tries to manipulate Connor, a brooding bad boy from school—but he seems to be the only boy in the Compound immune to her charms. And the only one who can help her.

As Addie and Laila frantically attempt to retrieve the lost memories, Addie must piece together a world she thought she knew before she loses the love she nearly forgot . . . and a future that could change everything. 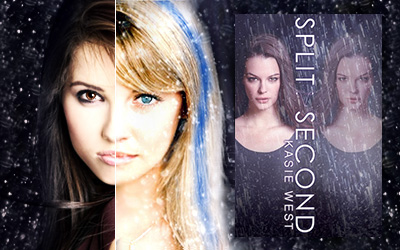 This story was pretty intense

There was so much action, plenty of ‘take my breath away’ kind of moments, also there were many turnarounds that I barely got to wrap my head around.

It was just as insane as the first one and the need to switch between dual POVs just as strong as before (it is true that I preferred Addie’ side, but I needed Laila’s just as much).

The characters are as great as before.

We get to see both Addie and Laila coping with what happened in the first book, we get to see their friendship shine through all that darkness. These two can not be any more different (and this goes also for their romances), but their friendship is really beautiful, and I wouldn’t want it any other way. 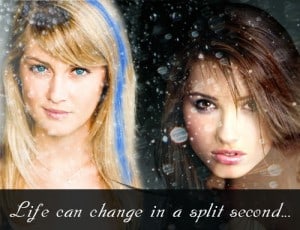 Addie, Trevor, Laila and Conor are all adorable – I loved them as individuals, I also loved the first interactions inside the couples (Addie and Trevor’s first meetings, Laila making such a fool of herself).
– Somehow Connor might be my favourite guy in this book, especially because I didn’t get his background for most the story and I loved to keep guessing along with Laila.
– I also enjoyed some ‘split-future’ scenes regarding the other sweet couple and at some point I wanted Addie not to take the safe path, but the cute, more romantic one (it would have helped me love their story more as well).

Another character that grabbed my attention is Rownan – I don’t remember my feelings for him in Pivot Point, but he was so fun to be around in this one.

The narration is beautiful (Kasie can do no wrong in this respect), you get lost into the story and can’t put the book down until the end. It has this urgent feel attached, it creates this need for you to read page after page in a hurry, still not wanting for the story to ever end.

The last bonus point comes from the fact that we get to punch Derek.. repeatedly – how cool is that, huh?

Why am I struggling to explain how I loved it?
Trying to tell you what I liked about it feels like I’m trying to convince myself that it was worth it.. and to be honest it was (‘but’-s included). I loved getting back to this story and the characters, I loved being part in their new journey. The thing is, as much as I loved the first half, my enthusiasm fell over the roof on the second one (which was probably smaller in number of pages, but had quite an impact on my overall opinion regarding the book).

LOVE CAN CHANGE IN A SPLIT SECOND …

Main problem: I was confused. 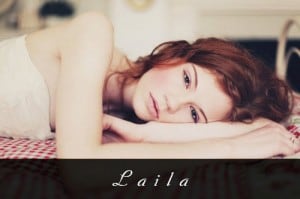 To love “Pivot Point” the way I did and having read “On the Fence” right before “Split Second” didn’t do me a lot of good. It’s just that the expectations were sky-high and the last impression was only of: “hmm, that much awesome development to end it in such a mess of a happy ending?”

Because yes, the ending was good nonetheless, but also it was the only thing I didn’t get to wrap my head around. It sounded too complicated and it felt like it had a few plot holes in it. Read with caution, you might want to skip it altogether if you didn’t read the book.

1. If they knew everything that happened in gramp’s apartment, there was nothing to be done about it, right? Too many confessions have been made under surveillance. That couldn’t be changed.
So, wouldn’t have ‘they’ known that the kids were up to something every time Laila and Conor left the compound, wouldn’t ‘they’ have been able to restrict their access to the ‘normal’ world? And who the hell ‘they’ were? (I am not sold on the fact that -conveniently- only a handful of people were involved in all that happened in the Norm world and that somehow the info didn’t get passed to the Compound).

2. Also there was too much personality switch in a particular character, I couldn’t believe he was able too change his mind just like that (tell me something ‘secret character’, if you were hurt then you did it on purpose, and if that is the case how come are you feeling remorses this quickly? Oh, just decide already, will you?!).

And then there were some other small things here and there: 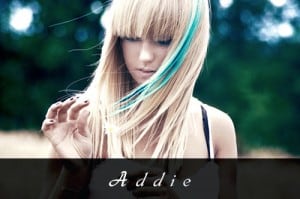 3. The romantic stories:
– for Addie: I got a deja vu from “Timekeeper” – nothing compares with the first time around – or so it seems. Yes, there were some cute scenes, and I understand Addie’s feelings, but when it comes to Trevor.. Well, other than thinking how beautiful Addie was and that he found her intriguing with her super-powers, I didn’t understand why was he even interested in her (as -let’s face it- she seemed quite crazy from were he was standing, not remembering their love, and Addie moping for all that they’ve lost). He based his feelings more on her memories and (though I knew those memories all so well) it was not enough for me to fall for their second chances.

– for Laila: I liked both Conor and Laila, but there was this gap between their chemistry and how much she tried to hurt him that didn’t make me love their story. They were both great, but there was something missing in their story – it just didn’t click.

4. Am I the only one feeling actually bad for (this new) Stephanie, seeing how Addie used their newly founded friendship only to try to convince the poor girl that she needed to forget Trevor? You are right, I didn’t like her in Pivot Point, but in this particular situation I think I might like Addie less.

5. And what about the stairs-vision?
We did learn from it that Addie could manipulated time in some other ways, yes, but what was really its purpose (as it was some sort of an one-time-only moment)? Somehow it felt like a convenient power, connecting Addie and Trevor, but not more than that. And I wanted it to be more.

– As a book, it was great – action packed, with a dose of romance and lovely characters. Taken piece by piece I loved almost everything about it. It was only mixing those pieces together when I started to have second thoughts.

– As a sequel to ‘Pivot Point’.. God, how I loved that book! How I wished to feel the same about this one! ‘Split Second’ left me with a bitter-sweet taste – sometimes I just think that in a way (for me) Pivot Point ended in a better place. *double sigh* I liked spending more time with my favourite characters, it was just the plot that didn’t work this time around. I guess that when a story is as complex as this one it is hard to find the best way out. But not everyone is a picky as I am, so I have a feeling that most of you will love it.

Still, Kasie is one of my favourite contemporary writers (she is so high on that list, you can’t imagine) – and not only that, but I would read everything with her name written on it. So I simply can’t wait for a new story and I truly hope to love it as much as I loved her other stories.