Shawn is the guy Ronnie Bird promised her life to at the age of fourteen. He’s her soul mate. He’s more uptight every day, but it’s not his fault. His family life is stressful, and she’s adding to it. She just needs to be more understanding, and he’ll start to be the boy she fell in love with. She won’t give up on someone she’s loved for so long.
Luke is her best friend, and the guy she hangs with to watch girlie movies in her large blanketopias. He’s the guy she can confide in before she even goes to her girlfriends, and the guy who she’s playing opposite in Romeo and Juliet. Now her chest flutters every time he gets too close. This is new. Is Ronnie falling for him? Or is Juliet? The lines are getting blurry, but leaving one guy for another is not something that a girl like Ronnie does.
Shawn’s outbursts are starting to give her bruises, and Luke’s heart breaks as Ronnie remains torn. While her thoughts and feelings swirl around the lines between friendship and forever, she’s about to lose them both. 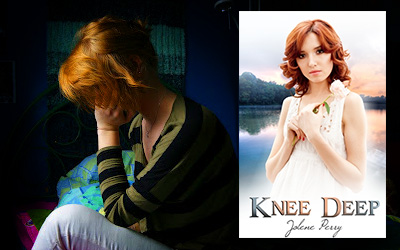 I wanted to write a simple answer to the question ”you didn’t like Ronnie?”, but I ended up with more than a comment. Keep in mind that this is not quite a review, just some thoughts that came to my mind.

I am not too familiar with this subject (thank God) so I saw all this through my own eyes instead of Ronnie’s, but as much as this girl kept arguing with herself, she always found some excuses for her boyfriend, which yes, it seems pretty realistic.. the problem was that she never made it clear to him that he was hurting her and that she was upset about it.
He was like looking at his shoes (which she though it meant that he was sorry), he said a crappy apology that I usually found pathetic and then she was all over him, kissing him and making HIM feel better, and thinking what a terrible girlfriend SHE was.

I’m telling you, the whole time my blood was boiling. I know this must be how things really happen, how girls keep going making excuses for their abusing boyfriends, waiting for things to get better; I know that young girls NEED to read this book to know what to avoid, what NOT to do.. Still I was so annoyed and I thought this girls was so damn stupid and stubborn that I even had to skip here and there in order to just get to the ending. (you see, wanting to punch a character that has already been abused is no sign of sanity! I’m in trouble here.)

Also I don’t think that she learned a damn thing from this story. She was abused, but she didn’t want to break up with him (I’m not sure if it’s worth trying to remember his name) even though things got worse, and maybe it’s just me, but I think that if it weren’t for all other people that got involved making her put a stop to this situation, she would still be with him even though she fell in love with someone better, which in reality most of the times it doesn’t happen… Some girls don’t have something/someone good to compare with and they get to think that what is happening to them is normal (that abuse is normal!), and they are scared to be alone starting over, and they keep thinking of all the good things, as few as they are, and forget all those bad moments even though they have bruises to make them remember.. Ronnie was lucky to have Luke, and she still didn’t want to make the switch to a better love-life.

So I suppose the problem was that I simply couldn’t connect with Ronnie, she didn’t make me feel that she was as in love with her boyfriend as she made me want to think, I didn’t feel that strong connection between them. Maybe it was because when the book started their relationship was already falling apart, but I just can’t believe that someone can chance just like that, at once, that he was absolutely perfect until that first incident, there must have been signs that she missed.