I could no longer deny what the heat in my cheeks meant when I was around Flynn. I was falling for my sister’s boyfriend.
There’s just something about Flynn. Yes, he’s a tall, unbelievably gorgeous, dark-haired football player, but . . . he’s also sweet and nice and super easy to talk to. It’s lucky I’m the photographer for the school paper, because my camera likes Flynn almost as much as I do. Unfortunately for me, so does my sister, and there’s no way I can nab Flynn with her in the picture… 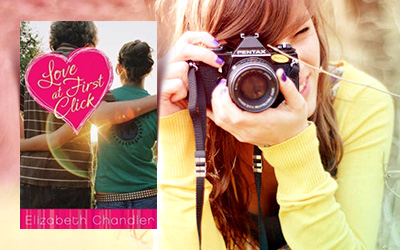 I didn’t have time to write much about this book after reading it, but today it just popped into my mind and I had to get done with it.

So.. I have this rule (I’m not a ‘rule person’ but this is really important, believe me) don’t try to steal your best friend’s boyfriend (or your sister’s in this case) EVER! Yeah, I mean it.. even if it hurts, even if it kills you.. and it won’t.
It’s just so wrong on so many levels..
And think about it this way too: if someone leaves his girlfriend for you, what are the odds that he won’t/will do the same to you the first chance he gets?
100% will, trust me. (and no, I haven’t tested my theory, but I still think it’s true)
__

Now that I got this out of my way, I’ll tell you a bit about my feelings toward the book.
This is the only story about ‘stealing boyfriend’ that I liked and only because of the resolution and because is nicely written.. and no, I won’t spoil it for you, just make all those scenarios in your mind or read it, because it is a nice book anyways.
The cover is sweet and I think it defines the story pretty well.
To keep it short, if you like cute romances then you will definitely like it. There were some good funny moments, and some nice romantic ones. The characters seem real enough (even though I have some doubts about some of them) and the story is really pleasant.