Genetically engineered identical twins Kyle and Connor McAdams were born two years apart. Their parents figured it was safer that way, to increase their odds of survival. Connor was born first, paving an impossibly perfect path for Kyle to follow. He was the best at everything—valedictorian, star quarterback etc. Kyle never thought he’d be able to live up, so he didn’t even try.

But when Connor, 18, suddenly drops dead of a heart attack, and Kyle learns of other genetically modified kids who’ve also died on their eighteenth birthdays, he’s suddenly motivated—to save his own life. Like Connor and all the rest, Kyle was conceived at the Genesis Innovations Laboratory, where the mysterious Dr. Mueller conducted experiments on them. The clock’s ticking as Kyle searches for answers: who was Dr. Mueller really, and what did he do to cause their hearts to stop at eighteen? He must unravel the clues quickly, before, he too, becomes another perfect, blue-eyed corpse.

The emotional power of If I Stay meets the survival story of Maze Runner. 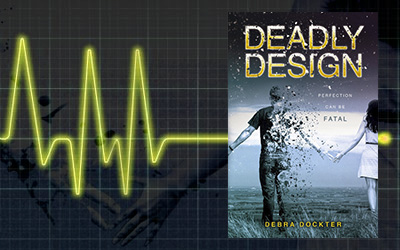 I love races against the clock. I like the suspense they bring into the story, how they can transform the characters, making them change their priorities and the way they see the world.

I like stories about genetics, stories based on reality that step on the fine edge between science and science-fiction, that seem to bring nightmares to life. I like the plausibility that threatens to break our hearts only by thinking about just how close we (already) are to those terrible things.

And I like flawed characters, the ones that are perfectly imperfect, the ones that struggle with their inner fights and get to be better, but not without making plenty of mistakes, along with amendments.

And you see… Kyle was not the most likeable character in the beginning. He was frustrated and jealous of his genetically twin brother, Connor. He had a lot of potential, with his superior genes, but he wasted most of that material on playing video games, being the opposite of Connor, all while envying him for his success. Kyle longs to have a life like his brother’s, a girlfriend like his, to be as loved and appreciated as Connor, and he is too preoccupied with thinking about the chances he missed by being ‘born’ second, that he doesn’t stop for a second to see how his philosophical glass is half-full as well. 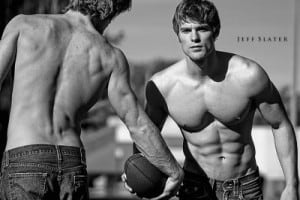 And it takes a while before he figures that being ‘twins’ and having the same DNA doesn’t mean that they should compete or avoid competition. In fact, they could have been perfect in different ways, both ‘the best’ at different things, in their own ways, enjoying all along the company of each other.

If only time could be on their side…

But all these things are good things, because I love to see a bit of growth when it comes to the main characters, and (as I said) I like to read about flawed characters, they seem more real to me. The problem I had with Kyle was that at times he didn’t really sound like a guy, or at least not at that age. I know that YA books are written for teens and authors try to give them ‘good examples’ (by their own standards), but at 16 kids do think about sex (a lot), do drink a bit (or a bit more) without having remorses and they are not as responsible as adults what to believe they are. Just saying. And that’s not even a bad thing, because there’s a thing called ‘moderation’ that parents should make them aware of  – and books could focus on it too.

On the other side, I liked the writing style and the concept.
I liked how everything played out, I loved walking on the very thin line between trust and mistrust, between the right choices and the bad ones. I was under the impression that DEADLY DESIGN was supposed to be some sort of dystopia, but it actually feels a lot more like contemporary, after all some of things that happen in this story are probably already possible in real life.

And I enjoyed finding clues and putting them together, trying to unveil the reasons for the ‘expiration dates’ of these kids, I kept holding my breath on their attempts to save themselves, I kept putting my trust on the wrong people, all while not trusting the ones that I should have. It’s a fun and crazy story because not everything is as predictable as one could think. 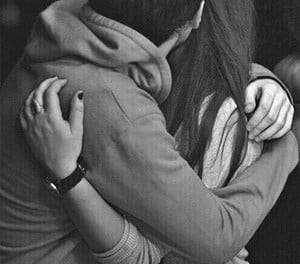 And even though most of the book has a slow pacing, the ending is insane. There is a lot happening at that point and I loved that about DEADLY DESIGN. Of course, I can’t tell you anything about it, but I did enjoy putting all pieces together (along with Kyle) and trying to figure out a solution for the craziness in his life.

There are many people out there that don’t read books without romance in them, so don’t worry, there is one in this book too. I liked the fact that the romance didn’t take the focus away from the actual plot, then again I wasn’t a big fan of it, as I didn’t ‘see it’ develop, it just happened in between the bits I witnessed. I did like his love interest a lot and I thought that she was absolutely great for him, but it felt more like I was being told that it happened.. And I would have wanted a bit more development in this matter.

Anyways, I really hope that you will enjoy this story too.
We’ll talk more about it when it comes out and you get to read it. BTW, did I mention how much I love the cover? No?! Oh well.. I LOVE IT, it is so beautiful and perfect for the story.

PS: I am also glad to be back, though in a couple of weeks I will have to take another short break. Sometimes life seems to be just as crazy as this story ;))

Early review: A copy has been provided for review. Thank you!
Expected publication: June 2nd 2015 by G.P. Putnam’s Sons Books for Young Readers