Until the day that I meet Day

If you are new to this title, I will let you know that Legend is the most highly anticipated book I’m waiting for in this November.There are only 2 more days until it gets out and I can’t wait to get my hands and eyes on it and savor every single page of it.

In the meantime I came across Marie Lu’s DeviantArt page and I found this cute illustration of the ‘making of Legend’: 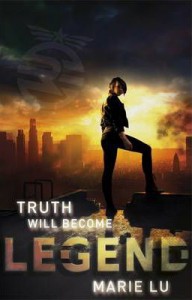 From very different worlds, June and Day have no reason to cross paths – until the day June’s brother, Metias, is murdered and Day becomes the prime suspect. Caught in the ultimate game of cat and mouse, Day is in a race for his family’s survival, while June seeks to avenge Metias’s death. But in a shocking turn of events, the two uncover the truth of what has really brought them together, and the sinister lengths their country will go to keep its secrets.

Full of nonstop action, suspense, and romance, this novel is sure to move readers as much as it thrills.

8 responses to “Until the day that I meet Day”