Gaby Winters’ nightmares have stopped, but she still can’t remember her old life. Still can’t quite believe she is one of the Rephaim—the wingless half-angels who can shift from place to place, country to country, in the blink of an eye.
That she was once the Rephaim’s best fighter.
That demons exist.
That Rafa has stayed.

But most of all, she can’t quite believe that her twin brother, Jude, might be alive.

And Gaby can’t explain the hesitancy that sidetracks the search for him, infuriates Rafa, and sends them, again, into the darkest danger. 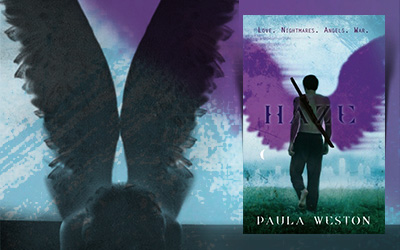 One of the best sequels so far…

It’s been a while since the last time I was so lost into a story that I couldn’t put it down. It’s been quite a while since I first read the first book in the series too, but it didn’t feel like time has passed at all. I could easily pick it up from where it ended and enjoy this next part of the journey. 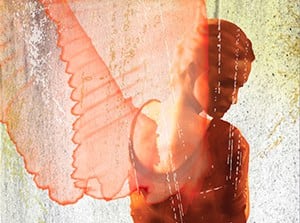 The first book was a bit more action driven than this one. There were many unanswered questions and something had to make up for those. This time around is all about building relationships and character development.
We learn more about the other characters and how they interact with Gaby, we learn more about her strength coming back to her and the way the part-angels can fight together, we learn more about their disappointments, their past together and what they want for the future.

The story is less about the past catching up with Gaby though, and more about the need to find her brother – but also how scary this is for her, because what if she never finds him, or what if she does but he is not the brother she remembers, or what if he is really dead, what if she loses him all over again?

Hope is a dangerous thing and Gaby knows is. So she busies herself with keeping her friends safe while also hunting for clues and she tries to put herself together before she can face the truth of what happened a year ago.

Now, of course you won’t get all the answers you might expect, but that is good because there is another book in progress that will do just that. Also there is quite a cliffy going on at the ending that might leave you just a bit open-mouthed – and I might confess that I don’t like cliffhangers, not when I have to wait a long time for my breath to catch again. 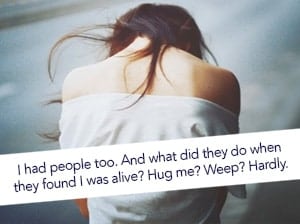 I told you that this is more about character development and I meant it. Gaby might not remember what happened in her long life, but she can put 2 and 2 together and see how her relationship with the others hadn’t been at its best. She is not proud of her old self, in fact she might resent a bit the girl she used to be. It hurts to see so much mistrust in the eyes of everyone around her.
She might have been a great fighter but was she a great person too? Deep down she longs to belong somewhere, to be really part of a grout that misses her, that forgives her, that wants her back for herself not for the secrets lost in her broken mind.

The bits we learn about her and Rafa and the others are brought to us through the interactions with the other old friends that come to greet her, to fight her, to want to make it even with her for things she doesn’t remember. They have all questions, they have all a history, they know all a lot more about her (*than herself*) than they are willing to say and this drives her crazy at times. It’s all about ‘sides’ with them (you are with us or with them?) – a bit one-side minded this half-angels if you ask me.

“Let’s face it,” she continues, “you’re all the good bits of Gabe with none of the bad.”

And because I mentioned Rafa, their story is more about taking back a few steps than going forward and this frustrates her. Yes, they shared a shaky history, but all she wants is a present, even though she pushes to much for the past – and at this point I really hope for the big revelation to really be.. you know, big.. 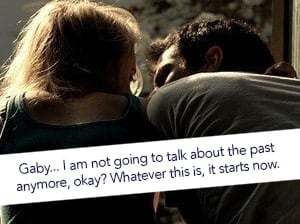 I hope that all those secrets will be worth threatening to tear them apart, because all this running around in circles (and him keeping her at hand length instead of enjoying their moments together) makes me dizzy and I want a good reason behind it all.

Then there is the friendship – between Gaby and Maggie & Jason, between Gaby and Ez & Zak , between her brother and Rafa, between many characters in fact – there is mistrust, there are broken relationships, there is this longing for having what was lost or for forgetting all about it and starting over from scratch.

I really loved this story, maybe even more than the first one – or maybe that’s not entirely true, as in fact I loved how these books complement each other, I love how the story moves forward, how it builds upon what we had before. It’s the whole series that has grown on me, it’s the pack of characters that I love and the action that keeps me reading and reading and waiting for more.
If you liked Shadows then get to this one quick, and if you didn’t (and usually like angel stories) – what in the hell are you waiting for?