The girl with straight As, designer clothes and the perfect life-that’s who people expect Rachel Young to be. So the private-school junior keeps secrets from her wealthy parents and overbearing brothers…and she’s just added two more to the list. One involves racing strangers down dark country roads in her Mustang GT. The other? Seventeen-year-old Isaiah Walker-a guy she has no business even talking to. But when the foster kid with the tattoos and intense gray eyes comes to her rescue, she can’t get him out of her mind.
Isaiah has secrets, too. About where he lives, and how he really feels about Rachel. The last thing he needs is to get tangled up with a rich girl who wants to slum it on the south side for kicks-no matter how angelic she might look.
But when their shared love of street racing puts both their lives in jeopardy, they have six weeks to come up with a way out. Six weeks to discover just how far they’ll go to save each other. 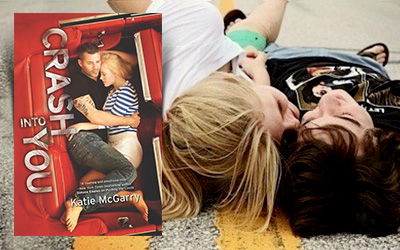 Who is this annoyingly nice guy and what did you do with Isaiah? *sigh*

You can’t imagine how long and desperately I’ve been waiting for this book. I liked Isaiah so much in the previous books and it broke my heart to see him suffer because of Beth (not that I blame the girl in any way), so I was really-really eager to get my hands on his ‘happily ever after’ with the girl of his dreams.

… Turns out his dreams are my nightmares.

Don’t get me wrong, I am not saying that this is not a good story – in fact it is – there is romance, and humor and suspense and all our beloved characters make an appearance.. So, the chances are that you might love it, my Goodread friends loved it to pieces, but I am here to speak my mind and as much as I wanted to love this story there were just too many things I wanted to un-read the very second after reading them.. There were these times when everything was right and I was like “Hei, I’m starting to warm up to it! It just took me some time, that’s all” and then I would read something that would make me cringe, close my eyes, deeply breathe in and pretend it didn’t happen.

I am positive that some of what comes next might not even bother you one bit, still.. Here we go – the reasons this book didn’t work for me: 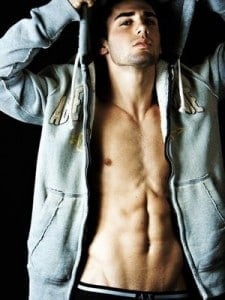 He was so nice that I wanted to punch him and strip him of all those tattoos and dark looks (he assumedly had). What is wroooong with this guy?

I mean, he was all terribly messed up in the first books and then, in between “Dare you to” and “Crash into You”.. he became a saint of sorts all of a sudden?!
He doesn’t do drugs (since when?), he doesn’t drink (are you kidding me?), he doesn’t fight (only with his girlfriend and between whispers *eye roll*).. is this the same guy from the first books? I don’t mind him not doing these things (yeeei for him!), but I do mind him changing completely. This is NOT ISAIAH.
I understand that the author needed to send a good message to her young audience (I get it!), but she butchered his personality for crying out loud!!!

He is a bit boring, touchy-feely, and the only ‘bad’ thing except for ignoring Noah (when he tried like crazy to keep a roof above both their heads) was to say “fuck off” to his mother. And he only ‘makes people think that he is a bad boy’ – his words not mine. Whaaaat?!
No… really!.. Who is this guy?!
Give me badass Isaiah, that’s what I’m still waiting for!

Bleah.. I miss Noah, as cheesy as he was with Echo he was so much better playing the bad-boy role. And even Ryan was more of a bad boy than this guy standing here where Isaiah should be. 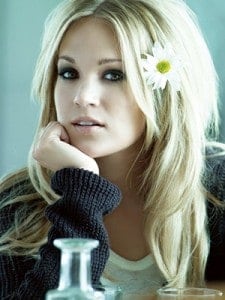 Yeah, I always thought that Isaiah needed a ‘nice’ girl, but let me get this straight:
This. Is. Not. Nice! This girl is boring, and it takes messed up to a whole different level.

Let me explain some things. Isaiah couldn’t’ be with Beth (let’s pretend Ryan is not even in the picture) because they both needed saving, but they couldn’t ‘save’ each other. Still, now he gets involved with this girl (in theory the exact complete opposite of Beth) and he needs to do a lot more saving even though they’ve only met for 3 hours and shared one kiss?
Such a mind-blowing kiss that must have been! It left him brainless and ball-less, I tell you!

“Hi, I am Rachel and everyone thinks I am weak.
I’m gonna prove them right and then I am going to cry in my room.. Or preferably in Isaiah’s arms, as I feel so strong when he is holding me” 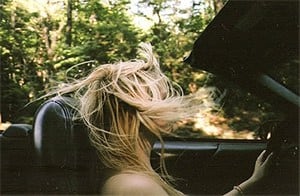 You see, I know a thing or two about being nice, I was a ‘nice girl’ – my most uninterested teenage life might state this much. Because I liked to follow rules.. But also I deeply enjoyed breaking them every once in a while for the fun of it.

Nice and boring is just not the same thing.

So forgive me if I don’t believe this angel-girl when she tells me that the worse she can do is make her brother cover for her when she meets up with Isaiah, because her life is so uninteresting I really could cry for her. And except for the fact that she had blond hair and was the opposite of Beth (which is sad really because this is why I didn’t buy he’s love, and I just thought that he was pathetically trying to forget the girl he loved and replace her with something that will never remind him of her) Rachel and Isaiah really had nothing in common..

And this takes us to..

What did Isaiah see on Rachel?
OK, she was beautiful (maybe.. probably, don’t know) and had golden hair. She looked like an angel – yeah, because Isaiah seemed like the type of boy that would fall at first sight for an angel-alike girl *eye roll*. They had a brief conversation and she kind of saved his butt, even though he could have managed just fine without her help. They kissed. And that was it. He fell for her inner beauty or something like that. 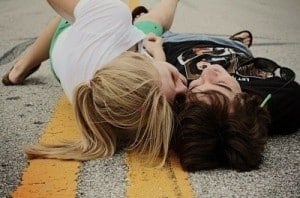 Oh wait.. They did have one thing in common – the passion for cars, even though Rachel didn’t seem to know just as much as she tried to make us think she did.

Also they both had crappy parenting experience and they needed to get out of their miserable lives, if possible together.

This being said, their love at first sight left me cold hearted. I just didn’t fell for it. One minute Isaiah didn’t care getting back in touch with this girl that supposedly took his breath away, the next moment he gets into a shitload of trouble for having her back in something utterly unbelievable.

Rachel has the most annoying family in the history of YA books. If only there would be a contest for them to win it.

Let me tell you this. If my mother told me that I was a replacement for her other girl I wouldn’t break a sweat pretending to be something I am not. Not to mention that I wouldn’t turn my stomach inside-out only to try to make her happy. But that’s just me.
– As for the monstrosities of siblings she had, I’m gonna thank God every single day of my life for having an amazing sister and not having to deal with such craziness.

Back to Isaiah, his relationship with his mother (or lack of) felt forced and it lacked emotion. I didn’t feel his struggle; I just thought he was being rude and childish.
– As for his mother’s poor excuses for leaving him without someone to care for him though all those years and for leaving him in the foster care… Oh, why didn’t Isaiah punch that woman in the face… with Landon’s baseball bath? Come on! I would have won at least one star from me.
I am serious about this, it bugged me because – could you forgive a mother that puts her pride before her son when he’s been through hell in so many foster homes? I wouldn’t. Not in a million years.

…. And the thing is that no family problem has been addressed (not to mention solved) in no other way than talking for a few paragraphs, so I wonder why all the drama in the first place – the book would have been a lot better without that big dose of insanity.

I did like seeing Noah and Echo in this book. They were great and supportive even though Isaiah did not deserve it. I mean, he ignores Noah (who needs money to pay the rent for their crappy apartment, but the only one they have) to help Rachel in this unbelievable situation they both got into. SUch a great friend Isaiah turned out to be. And Echo’s car? I felt sorry for her but she was so cool about it.

Beth comes and goes too, but I can’t say I enjoyed much their conversations.
Still Rachel’s jealousy for Beth was a bit on the crazy side.
Imagine this: A couple came into the shop and Rachel just knew that the girl and Isaiah had a history together. I repeat, a ‘couple’ – in reality not boyfriend and girlfriend, but Rachel couldn’t have known that. Oh, the fake drama was killing me!
As for Abby – that was such a strange friendship she had with both Rachel and Isaiah. I am still unsure about her.

On the good side, I like romantic stories and I like Katie’s style, and based on my first experience with ‘Pushing the limits’ I hoped for this story to get better. It didn’t, but at least it was a decent, enjoyable experience. Yes, I wanted to kill both main characters, but there were still some nice moments they shared and I loved the racing scenes. I liked the ending too, it was a bit bittersweet (probably more sweet) and hopeful, just the way it should with romances. Ok, you are right, it was also too good to be true, but if someone deserves it that’s Isaiah. And, also the cover is cute sweet – I couldn’t help falling for it.

I don’t know if to recommend this or not. I think that many of you will enjoy it a lot better than me, but I am sad that it had so much potential and still for me it failed. Anyways, don’t let me do all the talking. I can’t wait to see what you thought of it! 😉

2 responses to “Crash into You”