Whitley Johnson’s dream summer with her divorcé dad has turned into a nightmare. She’s just met his new fiancée and her kids. The fiancée’s son? Whitley’s one-night stand from graduation night. Just freakin’ great.
Worse, she totally doesn’t fit in with her dad’s perfect new country-club family. So Whitley acts out. She parties. Hard. So hard she doesn’t even notice the good things right under her nose: a sweet little future stepsister who is just about the only person she’s ever liked, a best friend (even though Whitley swears she doesn’t “do” friends), and a smoking-hot guy who isn’t her stepbrother…at least, not yet. It will take all three of them to help Whitley get through her anger and begin to put the pieces of her family together.
Filled with authenticity and raw emotion, Whitley is Kody Keplinger’s most compelling character to date: a cynical Holden Caulfield-esque girl you will wholly care about. 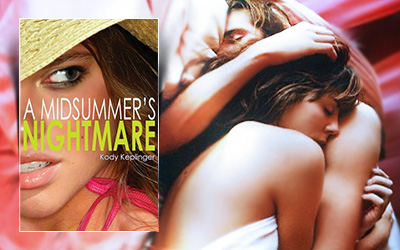 Kody is one of my favorite authors. Her writing is honest and she puts on paper many things that other authors are afraid to write about. I am not saying that this is good or bad; it’s just my way of seeing things, my way of enjoying her stories. The first two novels written by Kody are on my list of favorite books and I could read them all over again. Yes, they had their flaws, but their hotness didn’t go unnoticed by me.

This one though was not so hot. I am not saying that it is not a good book, there were still many other things to enjoy in this story and many things to think about, but when you have your expectation so high, you might wonder what went wrong along the road.

As usual the theme is well picked and it gives you some insights in the way it might feel:
A. to be neglected by your family;
B. to be consider something that you are not (because – maybe without knowing it – you might be giving all the wrong signs)

The book started pretty good – with a scene Whitley might want to forget, but won’t be able too. Waking up in the arms of some boy she didn’t know wasn’t something that could shake her in any way, but finding out later that he (Nathan, by the way) is in fact her future step-brother.. well, this might be a reason to keep her up at night and make her life a living nightmare.

On the good side, I liked Whitley’s sarcastic voice (even as negative as she always was), I liked the graduation-party boy (damn he was cute and considerate.. and pretty hot even though I am not sure why Kody tried so hard to make us think that he was a nerd – he didn’t act like one) and the messed-up situation they got into (it was fun to see them struggling to keep hidden their feelings when it was so obvious that they cared for each other) and I liked Nathan’s little sister and his mother (aka Whitley’s future stepmother) – as they were really sweet and made Whitley feel like she really had a family. Such a great one, I might add. Too bad she didn’t realize this sooner.

While reading the story, I could really feel Whitley’s loneliness.
She didn’t get along with her mother (oh, wasn’t she annoying?), her brother had other priorities (which she understood even though it hurt quite badly), her father wasn’t the man she thought he was and her life seemed to be a big fat lie. She did what she knew the best in order to forget about the mess that was her life: she partied, and partied, and did all the wrong things because she needed attention and this was the only way to get it.

It’s really sad if you think about it, and this is definitely not the best solution, but at least she found out on her own. It was a lesson she learned and it was good that she at least had some people on her side to help her figure out some things – there was Nathan of course and his little sister, and there was Harrison which we know a bit from The Duff (I rolled my eyes every time he talked about fashion, as I think that being gay has nothing to do with having these kind of interests, but what do I know, right?).

Now my only problem with this story is that it gave me the feeling that nothing really happened.. Yes, I mean quite nothing important. After the graduation party and a few more of the same (when Whitley made a fool of herself) she started to feel so much remorse that she decided to cut any social activity – just like that. Right, put her face on Facebook (and I still wondered how didn’t they report the freaking page) and she becomes an angel without wings.
This being said the conflicts surrounding her father (being a jerk) and Nathan (being so much more than just a step brother) were resolved quite quickly and neatly and I had a hard time believing the happy ending.

Anyways, this was an enjoyable read. I bet many of you will like it better than the first two books while of course others won’t, but that’s ok because this is the beauty of the reading world – we don’t think alike, we don’t feel alike, we all judge the same book differently and it’s a joy to share our thought and find out other people’s opinions.

I can’t wait to hear what you think of it as well; up until then…
Happy midnight reading!

6 responses to “A Midsummer’s Nightmare”