When Gia Montgomery’s boyfriend, Bradley, dumps her in the parking lot of her high school prom, she has to think fast. After all, she’d been telling her friends about him for months now. This was supposed to be the night she proved he existed. So when she sees a cute guy waiting to pick up his sister, she enlists his help. The task is simple: be her fill-in boyfriend— two hours, zero commitment, a few white lies. After that, she can win back the real Bradley.

The problem is that days after prom, it’s not the real Bradley she’s thinking about, but the stand-in. The one whose name she doesn’t even know. But tracking him down doesn’t mean they’re done faking a relationship. Gia owes him a favor and his sister intends to see that he collects: his ex-girlfriend’s graduation party — three hours, zero commitment, a few white lies.

Just when Gia begins to wonder if she could turn her fake boyfriend into a real one, Bradley comes waltzing back into her life, exposing her lie, and threatening to destroy her friendships and her new-found relationship. 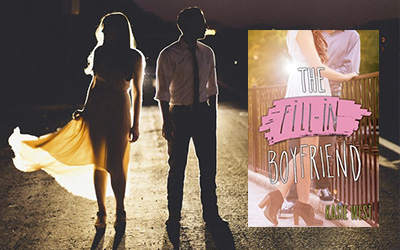 To be honest, I was absolutely sure that I would love this story, even with the funny (though a bit unfortunate) title. And don’t get me wrong, the story is cute and quite amusing, for a younger audience it might sound much better anyways, but there were some things that made my rating drop a bit. 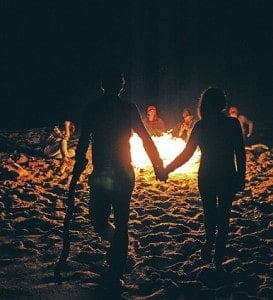 Gia is very immature.
Her problems with Jules made me laugh in frustration (because there was nothing left that I could do) and I wanted to shake them both for being so stupid. Yes, I do remember my teenage years and I was probably just as foolish in some ways, but it still didn’t sit well with me. If only there was one good reason for their fights!

Then there were more things..
Like, the fact that her other friends were just as shallow as Gia, her parents made me want to scream at them to get real (they weren’t bad parents per see, but they seemed not to care much about their kids and I never understood why that was) and her brother (though he was so right about everything in the movie) should have known better than to go around hiding things and assuming that he had permission for what he did.

The reason for the fill-in boyfriend was ridiculous in this context.
I did get Hayden’s take on it later on (though he didn’t actually ask her to play that part), but for Gia it was all about shallow appearances and friends validation. And I get that this was the whole point, for her to grow up and finally be herself without the approval of the others, but it still didn’t make me like her much.

On the other side…

Hayden was really great.
A bit dorky, in a cute kind of way, and with a bit of an emotional baggage, but very sweet and just what Gia needed in order to become real, instead of the a cardboard copy of a teen that she actually was.

Also, his sister was a bit sharp-tongued, but nice – when & if you actually got to know her. I liked her shy side and I liked just how supportive she was. I only wish to know what happened with her story. 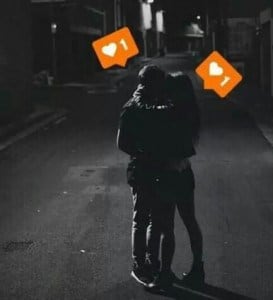 What I loved the most was the movie.
Gia can be all the upset she wants, but that movie defined her perfectly. I am not even sure why was she so upset (or the others) as that was exactly the kind of life that she lived – hidden behind social media sites and gadgets, trying to be popular and not caring about anything real.  It was not a parody, her brother didn’t mean to make fun of her, there were just pieces of her life on screen. And I understand why it hurt so badly, but it didn’t take away the fact that it was real.

The only thing the movie didn’t show enough, tough it hinted to it, was the influence of the parents in this.

Because this is the real first problem of the new generation.
Not only for teens with their social addiction, but also for little kinds that hide behind those damned games on their ipads instead of actually playing, running, laughing, screaming, hiking each piece of furniture and thinking they are at the top of the world. And the fault… It belongs to the parents.

Yes!
Dear parents, it’s your fault that your kids don’t know how to be real anymore, that they hide behind their phones and live virtual lives. They’ve learned it from you. So make sure to set the right example in the future!

I am a bit sad that this was not explored enough, there was so much potential here, but I do understand how the author wanted to make the teens aware of this problem without beating them over their heads with it (as that would not be the way to go, not at all)

This is a light, cute story about self discovery and the importance of truth and trust. It’s a quick read with a few very great insights, and even though it is not my favourite from this author I still think that you should give it a try – if you think that it’s a story that might appeal to you 😉

PS: If you like the concept, you can also check The Art of Layney (it’s another cute book about fake boyfriends).
Enjoy them both!

6 responses to “The Fill-In Boyfriend”