There you’ll find me

by Jenny B. Jones

In a small cottage house in rural Ireland, Finley discovers she can no longer outrun the past.
When Finley travels to Ireland as a foreign exchange student, she hopes to create a new identity and get some answers from the God who took her brother away and seems to have left her high and dry.
But from the moment she boards the plane and sits by Beckett Rush, teen star of the hottest vampire flicks, nothing goes according to Finley’s plan.
When she gets too close to Beckett, a classmate goes on a mission to make sure Finley packs her bags, departs Ireland-and leaves Beckett alone.
Finley feels the pressure all around. As things start to fall apart, she begins to rely on a not-so-healthy method of taking control of her life.
Finley tries to balance it all-disasters on the set of Beckett’s new movie, the demands of school, and her growing romance with one actor who is not what he seems. Yet Finley is also not who she portrays to Beckett and her friends.
For the first time in her life, Finley must get honest with herself to get right with God. 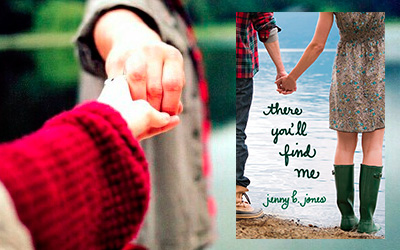 This book was really hard for me to rate.. I did liked it a lot (I simply LOVED some of the characters in this story), and it could have been a 5 stars book, but all that talk about God and prayers was definitely not for me.

Let me get this strait, it’s not that I don’t believe in God (truth being told I don’t know how much I do either), but I don’t like reading about this subject and I had to skip entire paragraphs.

Except for this little discomfort, the book was amazing, that’s why the high rating.

If there were crickets in the room, they would have provided the soundtrack to the silence that hung so loud.[Finley] 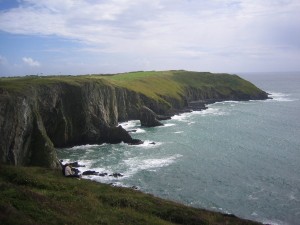 I loved Finley and Beckett.
They were so cute and funny – I laughed at their jokes and couldn’t wait for them to realize how great they were together. I wanted to be their friend because I loved how fresh and full of life they were together. I could have spent a full day watching them fight with each other – there was no anger, but a lot of teasing and flirting – so adorable.

Beckett was not just a Hollywood star, he was smart and caring and I could see why Finley liked him, I could feel her falling for him.. It was his charm, the way he treated the people around him, the way he was searching for “normal”, the way he responded to every challenge, the way he tried to help her every time he could, the way he was such a perfect match for her…

“If I’m going to be your bloomin’ tour guide, I’m going to do it right.” He held out his hand. “Do you think I’d take you somewhere dangerous?” [Beckett] “You bite people for a living.”
“Don’t be a chicken.”
“If you push me over the edge, my parents will be seriously ticked.”
He grabbed my hand and pulled me along. “They’ll probably send me a thank-you note.”

Also Finley was smart and cute, and different from all the other girls he had seen.. I could understand why a guy like him could like a girl like her. It was not just that she was normal, and that she was playing hard to get, it was the way she talked to him…they were paying the same game, talking the same language, they were like two pieces of puzzle perfectly fitting together.. And I loved them both.

“Are you here about the pig?”[Mrs. Doyle] “No.” I cast a glace over my shoulder. “Though I brought one with me”[Finley] 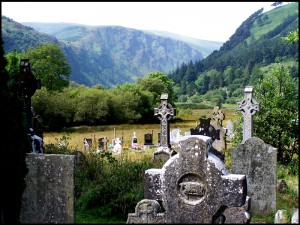 There were so many funny scenes involving them and I laughed so much that I could almost forget about the Christian references in the book… Almost.

And there was Mrs. Sweeney and her tale.
She was cold in the outside, but as warm as summer sun in the inside.. She had such a tragic destiny, and I wanted so badly to change something in her life, to bring some joy into her last days, to make her smile, to give her a bit of happiness as a last gift, but I think Finley was better at it.
She and Finley were a perfect match as well.. The way they didn’t like each other in the beginning, the funny little fights they had, the way they responded one to another with the same amount of sarcasm…  They were both lovely, and they both broke my heart with their pain.

“Are you ready for me to read?” [Finley] I took her outstretched cup and placed it on the bedside table.
“I was ready ten minutes ago. If you wait any longer I’ll have time to write a novel meself”

If I had one word to describe this book it would be touching, because it touched my heart in a way I didn’t think it would be able to, and I’m really glad I read this book.

Rating: Probably not a full 4 stars, but close to it.

5 responses to “There you’ll find me”