In the future, only one rule will matter: Don’t. Ever. Peek.

Seventeen-year-old Ari Alexander just broke that rule and saw the last person she expected hovering above her bed — arrogant Jackson Locke, the most popular boy in her school. She expects instant execution or some kind of freak alien punishment, but instead, Jackson issues a challenge: help him, or everyone on Earth will die.

Ari knows she should report him, but everything about Jackson makes her question what she’s been taught about his kind. And against her instincts, she’s falling for him. But Ari isn’t just any girl, and Jackson wants more than her attention. She’s a military legacy who’s been trained by her father and exposed to war strategies and societal information no one can know — especially an alien spy, like Jackson. Giving Jackson the information he needs will betray her father and her country, but keeping silent will start a war. 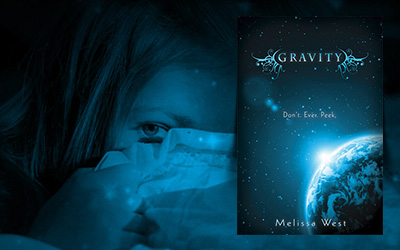 Oh, it felt so good, so personal to read my name in this story.
Ari.. Ari.. Every time I read this name it filled me with joy and my heart started to beat a bit faster. It was like the book had been written just for me 😀 Well, you can’t blame me for all this excitement, because it’s not like it rains all the time with characters that share my name (and if you’re wondering – which you are totally not, but I don’t care – “Ari” is a girl (finally!), as I was starting to get tired and pretty much annoyed to see so many boys named like me).

And now that I’m done with contemplating about my love for my own name (which might start to bore you to tears any minute now), I’ll get back to the book.

The first thing that grabbed my attention – except for the character’s name, that is – was the beautiful cover (because, yeah.. I choose books based on their covers. What? Don’t you do the same?), and then the synopsis really made me want to read this story. You can’t just ‘peek’ and then not want to know more, to see what’s the story really about.
On the other hand, I didn’t get to read many books about aliens and such, so I was eager to see how the author imagined this other world.

Well, this book is more about Earth and humans and their behaviour, so don’t hold your breath for too many aliens (as the cover seems to hint), but still I liked the uncertainty regarding “good” vs. “bad” in this story.
I kept wondering if humans were good or bad, if the Ancients (aka. aliens) were trying to take over the world or just cohabit in peace, I wanted to understand the mystery around our alien boy and how Ari and him wanted to save both words.

Sometimes you can understand a story better after you read the second book in the series, and this one seems to be like that.
The story was fast-paced and action packed, but there were still many questions that haven’t been answered and also there were some things that you get to understand better only near the ending.

Ari’s voice made me dig into this book and keep it close until the last page.
I liked her strength, her courage and her need to save both worlds.
The storyline was entertaining and I liked how it got to surprise me by the ending – with a few turnarounds so different than what I had in my mind.
It’s good to read a book that has the main characters trying to stop a war, rather than trying to fight against the system (any change in a dystopian book gives is refreshing). I was glad as well about the fact that there was no insta-love (even though it happened all a bit too quick) and there was no real love-triangle, because I was about to worry about it at some point.
Also the characters were pretty great (not sure if I can say the same about the main male character – you see, I got to realize that I know nothing about him after all this time, so my connection with him was lost between the lines) and it gets more bonus point for friendship and family relation (as strange as it was it was well defined – loved the mother, by the way).

“I don’t know. Okay? That’s the truth.
It’s like gravity disappears when he’s around and I’m lost, no longer sure of anything.”

This gets me to the things I didn’t quite understand.
Like how and why did Ari trust our boy Jackson and decided to help him. She didn’t have many reasons to do so, and I am not telling you that she didn’t make the best decision (because at this point the aliens are better than the humans in my eyes – I’ll be waiting for something to make me change my mind though.. I feel it in the air), it’s just that I needed her to have stronger reasons for this story to work better for me.

During the book there were some things that seemed not to add up, but by the ending I got the whole picture and so they made sense. So overall, this was a good start to a new series and I am eager to see how things progress from here.
Happy midnight reading!